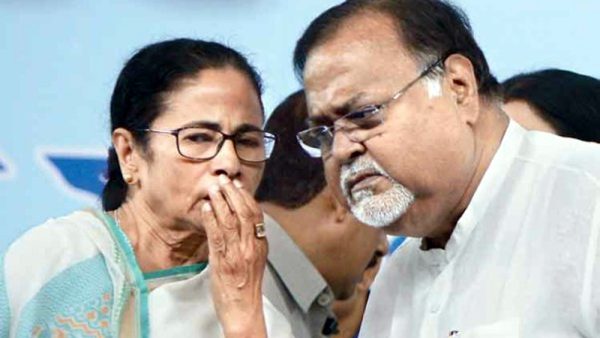 West Bengal Chief Minister Mamata Banerjee rejigged her cabinet a year into forming a government for the third consecutive time. Although this wasn’t a major overhaul, it was still significantly larger compared to the previous rejigs. This overhaul comes in the backdrop of the demise of ministers Sadhan Pande and Subrata Mukherjee, but above all, the arrest of Partha Chatterjee and his subsequent sacking from the Cabinet. Banerjee was handling Chatterjee’s portfolios and it is expected that they will be given to the eight new ministers who have been sworn in. Seems like Mamata’s nephew Abhishek Banerjee is finally getting his way and greater control of the party.

“The ‘Yuvraj’ has scored big”, a senior Trinamool Congress leader and MLA present at Raj Bhavan in Kolkata during Wednesday’s swearing-in ceremony of eight new ministers to the Government of West Bengal said under his breath.

“Don’t drag me into all this. But it was always a fight between those attempting to assert themselves as leaders and others in favour of dynastic politics. All this talk of corruption is rot. Every leader has unaccounted money at several locations. The question that needs to be answered is who leaked the information about Partha Chatterjee to the Enforcement Directorate (ED)? His relations with Arpita Mukherjee were well known within the party. This was merely an exercise to warn others that the dynastic politics existing in the Trinamool Congress should never be challenged,” he said.

Over the last few years, Trinamool Congress supremo and West Bengal Chief Minister Mamata Banerjee has faced trouble within the party ranks over powers granted to her nephew Abhishek Banerjee. At one point of time, there were also indications of a rift between Mamata and Abhishek with several senior party leaders seeking transparency regarding her nephew’s rise as a decision-maker. Partha Chatterjee, the then secretary general of the Trinamool Congress, was among those reluctant to take orders from Abhishek Banerjee, who was appointed national general secretary.

After all, there are no known political parties in India with a post of secretary general. Naturally, there was confusion. Was the national general secretary more powerful than the secretary general? Till he was at it, Partha Chatterjee considered himself as second-in-command of the party. Abhishek Banerjee, after taking over as the national general secretary, seemed to possess more powers and started overriding his decisions.

“This was part of long-term planning. Partha Chatterjee’s head was the first to roll due to his clout. He was the unofficial ‘custodian’ of the party’s wealth. After taking away most of the funds, information about Partha Chatterjee and Arpita Mukherjee was leaked to the ED. The agency was looking for a big break and the Trinamool Congress wanted to reorganise. Look at the comments of Babul Supriyo and the other MLAs who were inducted into the state Cabinet on Wednesday. All of them vowed allegiance to Abhishek Banerjee. The old order is clearly on its way out and power will clearly pass down from Mamata Banerjee to her nephew,” another Trinamool Congress MLA said.

The party believes that Partha Chatterjee has nothing that can link the cash, gold or property deeds seized from his or Arpita Mukherjee’s properties to the Trinamool Congress. With time, people will forget the episode and the party will convince the voter that the wealth accumulated by Partha Chatterjee was his own. (IANS)