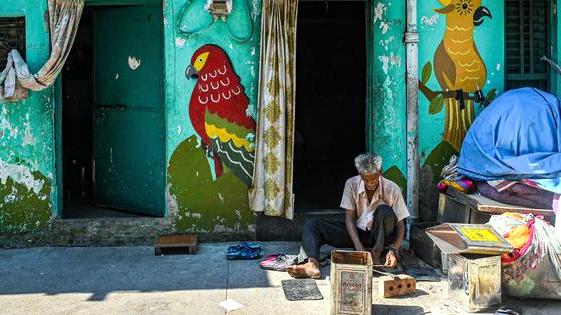 What are the implications of the verdict for India’s reservation policy, until now a caste-based system which provided entitlements and benefits for economically and socially marginalised groups historically discriminated against based on their caste? We asked Ashwini Deshpande, professor of Economics, and founding director, Centre for Economic Data and Analysis, at Ashoka University in New Delhi. Deshpande said the Supreme Court’s verdict poses challenges to tackling poverty and economic inequality for India’s most vulnerable communities.

The Supreme Court has upheld the validity of Economically Weaker Sections reservation, or the ‘10% quota’, through a 3:2 verdict, altering India’s caste-based reservation policy. What are some of the major implications of the verdict?

By stipulating a quota for non-SC-ST-OBC families earning Rs 8,00,000 (Rs 8 lakh; nearly $9,800) per annum or less, the government is effectively creating a quota exclusively for upper castes who are not in the top 1% of the income distribution. This means that, despite this quota being presented as being based on economic criteria and not caste, the reality is that this is very much a caste-based quota, targeted towards castes that do not suffer any social discrimination. On the contrary, these castes rank the highest on the social scale of ritual purity.

It is an extraordinary travesty – for the first time in India – that the groups that are disproportionately poor (i.e. have the highest proportion of below poverty line individuals) are excluded from a quota that is, in principle, meant to target economic deprivation regardless of caste.

Given the lack of recent data on household income, does the verdict really help the poorest who fall under the Economically Weaker Sections criteria? How many households would qualify to be eligible under the present terms?

First of all, we need to recognise the so-called ‘Economically Weaker Sections quota’ for what it actually is. The income limit of Rs 8,00,000 per annum does not target “economically weaker sections”. India does not have reliable income data. Along with Jitendra Singh [a researcher], I have been using the Centre for Monitoring Indian Economy’s Consumer Pyramids Household Survey data. We found that only 2.3% of households had total household income greater than Rs 8,00,000 in 2019. This is very similar to another estimate which indicates that in 2015, 98% of all households earned an annual income of Rs 6,00,000 or less.

We should be clear that poverty or economic deprivation is an acute disability and must be remedied. The question is: are reservations in state-run institutions of higher education and public sector jobs the right instrument to remedy poverty? No. Poverty is an economic feature which can and has been solved through economic measures. For starters, higher economic growth since 1991 has lifted a very large number of people out of poverty. There are welfare measures like the Mahatma Gandhi National Rural Employment Guarantee Scheme or the Public Distribution System that provide succour to families below the poverty line. Are these measures enough? Does India need a more targeted attack on poverty? Yes, of course! Also, we need to identify factors that push people into poverty. Political scientist Anirudh Krishna has argued that Indians are “one illness away” from being pushed below the poverty line.

The importance of ensuring adequate food, clothing, shelter, access to healthcare, education, sanitation and most of all, decent livelihood options and the right to a life of dignity cannot be overemphasised. The question is: does the 10% quota take us closer to these goals? The answer is no.

The intent of reservation, when it was introduced in 1950, was social justice for the oppressed and marginalised communities, and was based on the idea of compensatory discrimination. Does the Economically Weaker Sections reservation also subscribe to these ideas?

I am going to call it the 10% quota, because for reasons I explained earlier, it is incorrect to call it the Economically Weaker Sections quota. This measure is of historic significance not because it advances the original raison d’être underlying quotas for marginalised and stigmatised groups, but because it completely overturns the original logic of reservations. In 2019, my long-standing co-author Rajesh Ramachandran and I argued that “reservation for the most oppressed groups was conceptualised as a policy of compensatory discrimination, as a remedial measure for contemporary handicaps faced by individuals due to historical discrimination and deep stigmatisation on account of their untouchable caste status,” in an “Economic & Political Weekly” paper.

The 10% quota takes as its basis economic deprivation, which is a transient feature, i.e. individuals can fall into or climb out of poverty, and excludes from its ambit the poorest groups. Thus, it completely disregards BR Ambedkar’s point about why India needed caste-based compensatory discrimination: it was needed because a system of formal equality (one person, one vote) was being superimposed on a structure of deep inequality (represented by the caste system). An important feature of the caste system was that those regarded at the very bottom were deeply stigmatised on account of their birth. For them, untouchability was not a transient feature, which they could fall into or get out of. This was a classic case of inequality of opportunity, and reservations were seen as an instrument to level the playing field.

Why do we see support for the Economically Weaker Sections, which is based on an economic criteria, from political parties, unlike the protests against the Mandal Commission recommendations and the critiques of caste-based reservation which call it an issue of ‘merit’?

This absence of protest reveals the true intent of this quota. The Mandal Commission recommendations were violently opposed as they gave entry into privileged, decision-making positions, to groups that were hitherto poorly-represented. There is plenty of research showing that the low representation, and in some cases absence, of the most marginalised caste and tribal groups, is neither accidental nor due to some inherent lack of ‘merit’. We should note that merit is not an objective measure like height or weight. ‘Merit’ should be properly understood for what it embodies. Individuals born into privileged families get the best education, exposure to books, travel, access to good health – most of all, networks and social capital – a combination of factors that end up making these individuals more ‘meritorious’. Those that are denied these opportunities due to birth are not inherently inferior. There is no reason to believe that under similar circumstances, children born into stigmatised groups would grow up to be less meritorious. Equally, we should recognise that hereditary reservations, or nepotism, can favour those born into privileged families, even if they are low on intrinsic merit or ability.

The dominant upper caste discourse sees individuals from marginalised and stigmatised groups as inherently inferior, with lower ability/merit. This discourse is completely blind to the structures of advantage and opportunity that produce “merit”. It completely disregards inequality of opportunity.

Earlier reservations were opposed on the grounds that they lowered the merit of efficiency of institutions by allowing entry of individuals who were less capable. The 10% quota, because it is meant for upper castes, does not elicit a negative response as upper castes, who dominate the public discourse, see the poor as unfortunate victims of circumstances, therefore deserving of sympathy and help, rather than as inherently incapable.

The judgment emphasises the need to create ‘casteless and classless society’, and to ensure that reservation does not continue “for an indefinite period of time so as to become a vested interest.” Does the judgment achieve these goals?

Actually, the 10% quota, because it departs from the principle of compensatory discrimination, does not at all move India in the direction of a casteless society. It makes caste salient by excluding poor individuals from certain caste categories.

Until the 10% quota, compensatory discrimination – which is caste-based – can be justified because it recognises deep and significant social disabilities that afflict individuals on account of the accident of birth – as the family in which we are born define our circumstances at birth over which we have no control – and compensates for that disadvantage through preferential policies. We should note that the reservation system is applicable to a tiny sliver of jobs (formal, permanent public sector jobs) and to public colleges/ universities. Thus, the succour it provides is small but it has managed to create a small but visible Dalit and Adivasi middle class whose voices have amplified issues around caste-based discrimination and kept the problems in pubic view. The recognition of a problem is the first step towards its solution, and reservations have produced a group of people whose collective voice and narratives have served as a necessary reminder of the gravity of caste-based disadvantage and discrimination.

To move towards a casteless society, we need a clear-headed and dispassionate analysis of the myriad contours of marginalisation and stigmatisation: How are these manifested? In which spheres? What would be the best policy mix (of which reservations would be a tiny part) that will attack the multi-headed being?

This would be a good point to remind ourselves that reservations are not a magic wand designed to solve all problems related to disadvantage, discrimination and representation. At best, they can be one part of a multi-faceted solution.

Will the verdict, in your opinion, have a bearing on the government panel’s deliberations that has been formed to decide on the inclusion of Dalit Christians and Muslims under the Schedule Caste category?

The Union government yesterday argued against extending these reservations. The claim is that Dalits who converted to Islam or Christianity do not face stigmatisation or discrimination, as formally, these religions do not have a caste system and do not practice untouchability. While it is true that elsewhere in the world, Islam and Christianity are not organised around a caste system, in South Asia (not just in India), these religions have caste-like divisions. These have been noted in several publications. A short summary can be found here. The only way to assess disadvantage and discrimination should be through a systematic study of data and evidence. This was also reportedly stated by the Centre, when it told the Supreme Court if all the converts are arbitrarily given the perks of reservation without examining the aspect of social disability, it would cause a grave injustice and would be an abuse of the process of law, consequently affecting the rights of the Scheduled Caste groups.

By this logic, a denial of these reservations without a systematic assessment of data would be equally arbitrary.

Having said that, there is debate even within pro-reservation groups on whether reservations should be extended to Dalit Muslims and Christians. Ambedkar’s vision was to keep the instrument of reservations targeted towards the most deserving – those who suffered the indelible stigma of untouchability. Over time, there has been dilution of this vision as the instrument has been extended to multiple groups.

This could be an important moment for us to step back, collate as much evidence as possible, and assess the contemporary state of socio-economic disadvantage of various groups. A timely 2021 census would have provided the much-needed data. The release of the National Sample Survey consumption expenditure survey data (and resumption of the five-yearly rounds) would have enabled us to assess the progress on poverty reduction. In the absence of hard evidence, we would be left with speculation, preconceived notions, stereotypes and no headway towards substantial policy solutions targeted to reduce disadvantage and discrimination.

This article first appeared on IndiaSpend, a data-driven and public-interest journalism non-profit.