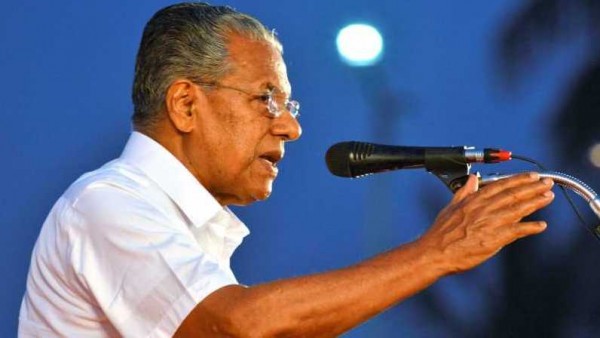 The CPI-M’s Kerala unit is known for the immaculate discipline of its cadres across all levels, but ever since Pinarayi Vijayan took over as Chief Minister, this record seems to show signs of fraying, and what started as a trickle is slowly gaining traction.

As of now, three leaders, who seem to have deviated from the hallowed line of discipline, includes former Health Minister K.K. Shailaja and two-time young legislator A.N.Shamseer, not to mention veteran leader P. Jayarajan, a former legislator and district Secretary of Kannur.

While in the run-up to the April 6 polls, Vijayan nurtured hopes of retaining office, it was not until the votes were counted on May 2 that the full scale of his victory became clear – bettering the 2016 performance, making Vijayan the supreme and unquestionable leader, not just in Kerala but also at the national level in his party.

From there on, Vijayan showed that he is the ultimate boss and when it came to picking his cabinet ministers, he effected the first shock, when he dropped Shailaja, despite her handling of the Covid pandemic and then came the crucial move when he decided to make his ‘new’ son-in-law P.A.Mohammed Riyas, a Minister.

This decision ruled out a ministerial post for Shamseer.

And since then, he has been blowing hot and cold, especially in the floor of the assembly and Shailaja also, who won more accolades from the opposition benches than from the ruling benches, when at times she found fault in the way her successor Veena George handled the pandemic and also the way Education Minister V.Sivankutty was running his department.

Meanwhile, Jayarajan has been cut up ever since he was asked to contest the 2019 Lok Sabha polls from Vadakara in Kozhikode, which he lost and after that, he felt he was being sidelined in the party, especially at Kannur, from where Vijayan also hails. There were instances when Vijayan failed to even take notice of the presence of Jayarajan at public venues.

Jayarajan suffered another jolt when he was not allowed to contest the Assembly polls on the grounds that he had contested the previous Lok Sabha polls, but present State Cooperation Minister V.N. Vasavan, however was given an exemption.

Meanwhile with Vijayan continuing to reign supreme both in the government and party, all eyes are on what his strategy would be as crucial party meetings are being held to the run-up to the state conference and the subsequent Party Congress which is being held at Kannur next year.

A media critic said there is no doubt that Vijayan continues to reign supreme and hence it is bad news for anyone who tries to raise their head.

“In the CPI-M there are ways to silence those who create noise and unfortunately for those who do this, at the moment, their organisational meetings to elect new committees are going on. It is at these meetings the CPI-M weeds out ‘trouble makers’ and since their organisational structure is strong and perfect, if they want to sideline any, they do it and once done, then it is difficult for such people to get back. So one will have to wait and see, what happens at these ongoing party meetings. At the moment Vijayan is on a winning wicket,” the critic said.