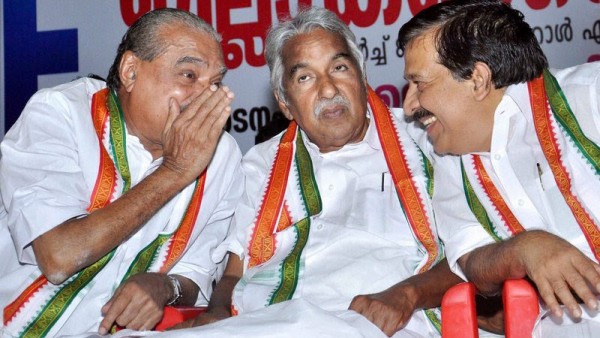 The Congress party in Kerala is known for its internal bickering between factional leaders for nearly five decades and under the new leadership of the party appointed by the high command, leader of Opposition – V.D. Satheesan and state party president K. Sudhakaran, the former is facing the heat more than the latter.

The 57-year-old Satheesan, no doubt is a hardworking legislator and has proved his capabilities in his career of two decades.

Since he arrived in the assembly in 2001, he has won the hearts of all as a well studied legislator, who can present any case in copy book style and as is the norm, for any Congress legislator to come up he should be part of any of the factions in the party and over the years he has been part and parcel of the I group, which was floated by the legendary K. Karunakaran and then taken forward in its last stage by outgoing Leader of Opposition Ramesh Chennithala.

As he grew in stature within the I group, for some unknown reason he was never on the same page with two time former Chief Minister Oommen Chandy and the gap between them widened when he did not find a place in the cabinet of Chandy in 2011 and it reached its pinnacle when at the fag end of Chandy’s rule in 2015-16, he went hammer and tongs against Chandy and since then the two have done little talking.

Following the walloping the Congress led UDF suffered in the April 6 assembly polls as the Pinarayi Vijayan government retained power, much to the surprise of all, even when Chennithala had got the majority support to be named as Leader of Opposition for a second successive term, the Congress party high command stepped in and contrary to conventions without heeding to the recommendations of the faction managers, appointed Satheesan as the new Leader of Opposition.

A media critic on condition of anonymity said no one has any doubts on the capabilities of Satheesan, but if one looks back into the history of the Congress party, the term leader gets affixed when you have a following and that cannot happen overnight.

“This is where Satheesan fails and just look into leaders like Chandy, Chennithala and even Sudhakaran, they have their own base of supporters in large numbers. Though he has been a legislator for two decades now, he is known for the way he conducts himself and his studious nature, while the rank and file look for characteristics like what Chandy and Chennithala have and that is going to be his biggest handicap. Though Chandy and Chennithala might be now out of the power circle, their tag as mass leader continues and with a president like Sudhakaran, known for his ‘muscle power’ and excellent oratory skills, Satheesan can find the going tough, as he has to play ball with experienced and seasoned veterans,” said the critic.

Things went awry when the Chandy-Chennithala duo took the fight into the Satheesan-Sudhakaran camp when the 14 district party presidents were named by the high command and after a few barbs, Satheesan went silent, realising a few statements by him against the seasoned veterans failed to evoke any response, forcing him to retract after coming to terms with himself. Did he bite off more than what he could chew?

The next round of sparring is expected soon when the high command will name the organisational team of the Kerala unit of the party and with Satheesan sensing that things are not that smooth, it remains to be seen, on what his strategy will be, as experience is what matters in politics.