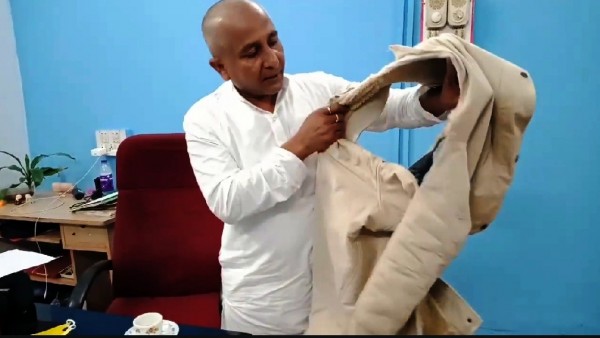 The Speaker said that after examining all the relevant papers and documents as well as the petition of BJP Chief Whip, Kalyani Roy he had disqualified Das under the anti-defection law (the 10th Schedule of the Constitution).

Roy earlier filed a petition before Chakraborty to disqualify the 43-year-old BJP legislator as he openly criticised Tripura’s BJP government and its leaders before joining the TMC at a function in Agartala last year.

“With the disqualification, Das would not be entitled to get any facilities, allowance and pension. Despite many letters and communication from the state Assembly Secretariat, he did not respond to any of it,” Chakraborty told the media.

The Speaker said that he has been examining the case of IPFT (Indigenous People’s Front of Tripura) MLA Brishaketu Debbarma, 44, who resigned from the Assembly in June 2021 and joined the TIPRA (Tipraha Indigenous Progressive Regional Alliance) headed by Tripura’s royal scion, Pradyot Bikram Manikya Deb Barman. The IPFT with eight MLAS is an ally of the ruling BJP.

Das, a Scheduled Caste leader and a BJP MLA from the Surma Assembly constituency in northern Tripura, refusing to make any comments on his disqualification said that he did not get any order or letter from the Speaker.

He had earlier alleged that governance in Tripura is worse than under British rule while praising TMC supremo Mamata Banerjee and slamming Prime Minister Narendra Modi in Kolkata in October last year. He had claimed that people in Tripura have been suffering a lot after the BJP-led government came to power.

The dissident BJP legislator, after shaving his head and performing a ‘yagna’ at the Kalighat temple in Kolkata on October 6, had said that political anarchy and chaos were prevailing in BJP-ruled Tripura where people are unhappy with the performance of the state government.

In the presence of the central party leaders, three BJP MLAs — Ram Prasad Paul, Sushanta Chowdhury, Bhagaban Chandra Das — were on August 31 inducted into the Tripura cabinet in its first cabinet expansion after the BJP-IPFT alliance assumed charge in March 2018.

The open dissent and internal dispute in the ruling BJP began after Sudip Roy Barman, who was holding the Health and Information Technology departments, was sacked in May 2019 following differences with Chief Minister Biplab Kumar Deb.

The BJP came to power in Tripura on March 9, 2018, after defeating the CPI(M)-led Left Front for the first time after the latter came to power in the northeastern state in 1978 along with West Bengal.