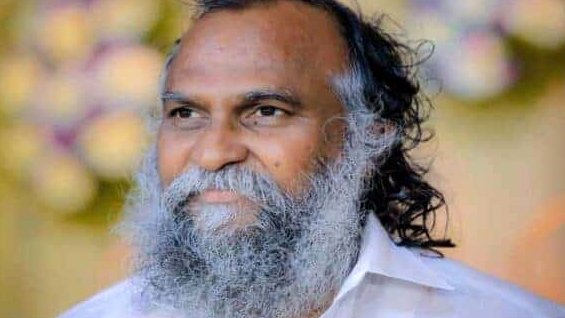 Telangana Pradesh Congress Committee (TPCC) working president T. Jayaprakash Reddy on Saturday decided to quit the party, taking U-turn hours after declaring that he will stay in the organisation.

In his letters addressed to All India Congress Committee (AICC) chief Sonia Gandhi and Rahul Gandhi, he said he would be resigning from the post of TPCC working president and party’s primary membership.

Jagga Reddy, as the leader is popularly known, announced the decision to quit hours after declaring that for now he will not be leaving the party.

The member of Telangana State Legislative Assembly made it clear that he would not join any other party and would continue to serve the people independently. He, however, said he would continue to respect Sonia Gandhi and Rahul Gandhi as he always held the Gandhi family in high esteem.

The MLA from Sangareddy said he never thought that he would be leaving the party in his lifetime but the circumstances have forced him to take a decision. He said some people were not comfortable with his continuation in the party and hence he decided to quit.

Jagga Reddy said several senior leaders tried to persuade him not to quit and at their request he deferred it for 2-3 days.

In letters addressed to Sonia Gandhi and Rahul Gandhi, Jagga Reddy said he was pained over the campaign being carried out against him by some people in the party by branding him a ‘covert’ Telangana Rashtra Samithi (TRS).

Earlier, he called on senior party leader V. Hanumantha Rao, who advised him not to leave the party. Rao wanted him to fight injustice by staying in the party. The MLA told him that he would take a final decision after consulting party workers. During their meeting, TPCC general secretary B. Kishan fell at the feet of Jagga Reddy, begging him not to quit the party.

Hanumantha Rao said a misinformation campaign was being run against him and Jagga Reddy on social media. He alleged that their detractors were spreading lies that they were planning to join TRS. The former MP said they have lodged a complaint with Jubilee Hills police station and will also complain to the Election Commission.

The MLA had taken strong exception to Revanth Reddy calling for a protest program ‘Rachabanda’ at Erravelli near Chief Minister K. Chandrasekhar Rao’s farmhouse without prior intimation to him despite him being the local MLA. Jagga Reddy said the TPCC chief was not functioning along party lines and was instead using such programs for his own benefit.

Earlier he had told reporters that for now he will not be leaving the party. He said he took the decision on a suggestion by the high command. (IANS)