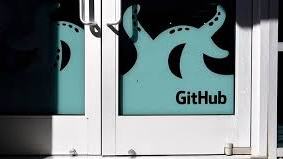 Delhi Police on Tuesday got approval from the government for Mutual Legal Assistance Treaty to seek details from US-based firm GitHub about the user who uploaded the app, Sulli deal, on the platform six months ago.

Sources in the police establishment said that the approval was given by the Government of National Capital Territory of Delhi.

The derogatory “Sulli Deals” mobile app had surfaced in July last year where photos of Muslim women were displayed without their consent.

A shocking incident of harassment and insulting women of the minority community on social media once again came to light two days ago after a Delhi-based woman journalist lodged a complaint with the Delhi Police stating that she was being targeted by some unidentified group of people on a mobile application, this named as ‘Bulli Bai’, yet again created on GitHub platform.

“Bulli Bai”, which popped up on January 1, had a number of pictures of women including journalists, social workers, students and famous personalities, accompanied by derogatory content.

The victim journalist in her complaint had stated that she found out on January 1 morning that a website portal called bullibai.github.io (since deleted) had a doctored picture of her in an improper, unacceptable and clearly lewd context. “The term Bulli Bai itself seems disrespectful and the content of this website/portal is clearly aimed at insulting Muslim women as the derogatory term ‘Bulli’ is used exclusively for Muslim women,” read the complaint.

“Bulli Bai” was also being promoted by a Twitter handle with the name @bullibai, with its display picture of a “Khalistan supporter”, and saying women can be booked from the app. This handle was at the same time promoting Khalistan content as well.

“Investigation in the ‘Sulli deals’ is still going on,” informed Additional Commissioner of Police, Chinmoy Biswal when asked about the progress in the case.

The Delhi Police had registered an FIR on Sunday against unidentified people that are involved in harassing and insulting women of the minority community on social media.

Meanwhile, a woman, who is allegedly said to be the mastermind behind the notorious “Bulli Bai” app, was held by a Mumbai Police team from Uttarakhand.

The action comes a day after the Mumbai Police held a 21-year-old engineering student from Bengaluru, in connection with the controversy.