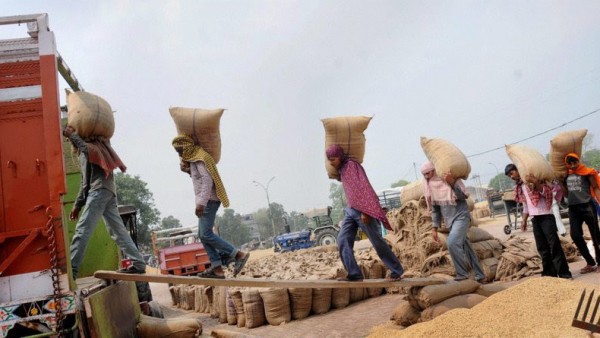 With the land and procurement record linkage process complete, except in three states, the government is expecting smooth and transparent procurement from this season onwards.

Last year, procurement of foodgrains under the minimum support price (MSP) continued despite disruptions in logistics during the initial days of the lockdown in the wake of the Covid-19 pandemic. “However, the government increased the number of procurement centres compared to previous years to facilitate the farmers in selling their produce at the nearest procurement centre maintaining Covid protocols,” Agriculture Secretary Sanjay Agarwal said on Monday.

During the rabi marketing season (RMS) 2021-22, Haryana and Punjab switched from indirect payment of MSP to direct online transfer to farmers’ bank accounts. “The Direct Benefit Transfer (DBT) of MSP has brought in transparency and real time monitoring of the procurement operations. Now, going ahead, with the land records and procurement records linkage complete except in the states of Assam, Uttarakhand and the UT of Jammu & Kashmir, we are expecting an even smoother operation,” said secretary, Food and Public Distribution, Sudhanshu Pandey.

The e-portal has the facility for the farmer to enter his or her details. “We are not asking for khasra number or any land record papers. Those have been linked now. All that the farmer – be it owner or a tenant – has to do is choose the correct option in the drop-down menu. Once it is done, he or she can reach the mandi on the designated day without any hassles and the amount would be transferred to his or her account,” Pandey said.

The option to sell via middlemen too remained for those who choose it and in that case, the amount to be paid to the middleman and the farmer will be separate and will be transferred to their respective accounts separately, he said.

The Cabinet Committee on Economic Affairs (CCEA) had recently approved the increase in the Minimum Support Price for all designated rabi crops for Rabi Marketing Season 2022-23, well in advance of the sowing season.

MSP targets to ensure support price to farmers and affordable prices to the consumer. Based on the recommendations of the Commission for Agricultural Costs and Prices (CACP), the government declares MSP after considering the views of the state governments and Central Ministries/Departments concerned for agricultural crops such as cereal, pulses, oilseeds and commercial crops every year at the beginning of the sowing season. The factors considered by CACP for fixing MSP include cost of production, domestic and international prices, demand-supply conditions, inter-crop price parity, terms of trade between agricultural and non-agricultural sectors.

“Ultimately, everybody wants the farmers to benefit from procurement, not the traders,” said Agarwal.