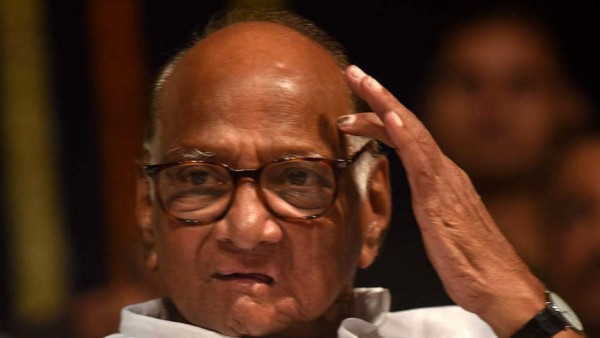 Sharad Pawar: Back to the front.

Poll strategist Prashant Kishor has ruled out any association with an opposition front to take on the BJP in the next general election. "I don't believe a Third or Fourth Front could emerge as a successful challenge to the current dispensation," he told an English TV channel. Kishor believes that the 'tried and tested' Third Front model is archaic, and not suited to the current political dynamic. His dramatic clarification is meant to set at rest speculation that his meetings with Nationalist Congress Party chief Sharad Pawar are meant to bring together a Third Front type gathering for the 2024 general elections. That, says Kishor, is not the case. Kishor met Pawar for the second time in two weeks. They had a three-hour meeting on June 11 at Sharad Pawar's Mumbai home. Kishor says these one-on-one meetings with the NCP chief are for both men to get to know each other better. Neither have worked closely together in the past.

In a major initiative, Nationalist Congress Party President Sharad Pawar will, from Tuesday, kick-start opposition unity efforts ahead of the 2024 Lok Sabha elections, a top party official announced on Monday.

NCP national spokesperson and Maharashtra Minister Nawab Malik said that in the first round, Pawar will meet leaders of a few political major parties, media persons, lawyers, social activists, retired judges and bureaucrats, analysts, and other prominent experts from different fields at his New Delhi home on Tuesday morning.

The political leaders would include Yashwant Sinha of the Trinamool Congress, Sanjay Singh of the Aam Aadmi Party, Farooq Abdullah of the National Conference, D. Raja of the CPI, former JD-U leader Pawan Verma, and others.

However, the NCP has not indicated whether its allies in Maharashtra’s Maha Vikas Aghadi government – Shiv Sena and Congress, which are currently in a friction mode – would attend Tuesday’s Opposition parties gathering or not.

“They (Pawar and the leaders) will discuss the upcoming Lok Sabha elections and the current political situation in the country. After this, the leaders would decide on how to bring the other important opposition political parties together,” Malik said.

“Today, political strategist Prashant Kishor called on Pawar at his residence and briefed him about the prevailing national political scenario. They had met in Mumbai last week and had a second meeting in New Delhi today,” he added.

Tuesday’s Opposition parties joint meeting initiative starts months after Pawar had promised earlier this year to unite all opposition parties and present a formidable front against the Bharatiya Janata Party (BJP) before the next parliamentary elections.

Pawar was planning to campaign for Mamata Banerjee and her Trinamool Congress in the West Bengal elections earlier this year but had to cancel his plans after he had to undergo some urgent medical procedures.

Ahead of Prime Minister’s meeting on Jammu and Kashmir, opposition leaders in Delhi are scheduled to hold a meet at Sharad Pawar’s residence on Tuesday at 4 pm.

Though the agenda for the opposition parties meet is unclear, but it’s in the backdrop of the Prime Minister’s meeting on J&K. The invitation has been extended to 15 opposition parties, but a few of them so far have confirmed participation. Congress is not yet said yes to the meet.

It would be interesting to see whether Congress will attend the meet or not. Till the afternoon on Monday, there was no confirmation from Congress but 7 parties have confirmed participation in the meet.

The NCP has called a meeting of its own national office bearers on Tuesday morning, ahead of the opposition parties meet. (IANS)