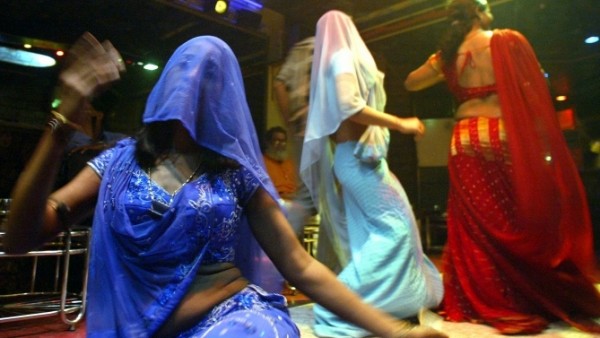 No cap on bar girls.

The Supreme Court has said gender stereotypes and historical prejudice have no place in the society, while declaring a gender cap imposed by the Maharashtra government on female performers, restricting them to four, in dance and orchestra bars, as void.

A bench comprising Justices K.M. Joseph and S. Ravindra Bhat said: “The justification provided by the respondents (Maharashtra government and others), to sustain the restriction, in so far as they claim to protect the women, in the opinion of this court, lay it open to the charge of entombing their aspirations.”

Justice Bhat, who authored the judgment on behalf of the bench, said the state has not justified, independently, how the gender-cap, as for an individual orchestra or band, is regulatory. The court did not accept the contention that the restrictions are necessary in the public interest, to promote the welfare of women, prevent human trafficking of women, and also the restrictions are necessary in the interest of public morality.

Justice Bhat said the authorities of this court have repeatedly emphasized, whenever challenges arise, particularly based on gender, it is the task of the judges to scrutinize whether, if and the extent to which these practices are rooted in historical prejudice, gender stereotypes and paternalism. “Such attitudes have no place in our society; recent developments have highlighted areas hitherto considered exclusive male “bastions” such as employment in the armed forces, are no longer so”, he added in a 23-page judgment delivered on Friday.

Justice Bhat pointed out that if there were any real concern for the safety of women, the state is under a duty, to create situations conducive to their working, to run that extra mile to facilitate their employment, rather than to thwart it, and stifle their choice. “Such measures – which claim protection, in reality are destructive of Article 15 (3) as they masquerade as special provisions and operate to limit or exclude altogether women’s choice of their vocation”, said Justice Bhat.

The top court held that restriction directly transgressed fundamental rights under Article 15 (1) and Article 19 (1) (g) of the Constitution of the performers as well as the licence owners.

The top court set aside the Bombay High Court, which declined to entertain a plea challenging the licence condition to keep only four women and four male singers or artists at stage of the orchestra bars. “In the present case, this court holds that the gender cap imposed by the impugned condition is void. One hopes that the present judgment would still be a lingering and discordant note of a cymbal silenced long back, by previous judgments of this court”, said Justice Bhat.

The counsel, appearing for one of the licence holders, Hotel Priya, submitted the restrictions on the establishment – engaging only eight artists and further, strictly, four male and four female performers – violated Article 14 and Article 19(1)(g) of the Constitution. Justice Bhat said: “The impugned gender-cap (i.e. four females and four males, in any performance) appears to be the product of a stereotypical view that women who perform in bars and establishments, like the appellants, belong to a certain class of society”.

The top court made it clear that while the overall limit of performers in any given performance cannot exceed eight, the composition — all female, majority female or male, or vice versa — can be of any combination.

Concluding the judgment, Justice Bhat declared “that the condition imposing a gender cap as to the number of women or men, who can perform in orchestras and bands, in bars licensed under the Rules (Licensing and Performance for Public Amusement including Cabaret Performance, Melas and Tamashas Rule), 1960 and other allied provisions, is void”. Earlier, the top court held that a total ban on dance bars was not justified. (IANS)