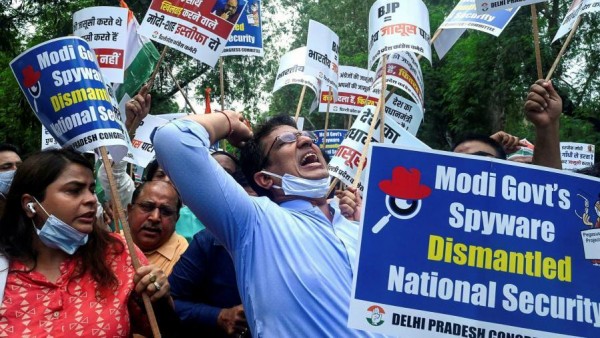 The Pegasus panel, appointed by the Supreme Court, is learnt to have submitted an interim report appraising the apex court about the progress on the probe.

According to sources familiar with the development, the panel has submitted an interim report in the apex court. A bench headed by Chief Justice N.V. Ramana and comprising Justices Surya Kant and Hima Kohli will take up the petitions in the matter on February 23.

The panel had earlier said that only two people submitted their mobiles phones with it for forensic examination.

On October 27 last year, the top court said it was compelled to take up the cause to determine the truth, as it appointed an independent expert technical committee supervised by a retired top court judge, Justice R.V. Raveendran, to probe the Pegasus snooping allegations.

The top court had authorised the technical committee to devise its own procedure to effectively implement and answer the terms of reference. The committee can hold an investigation it deems fit and take statements of any person in connection with the inquiry and call for records of any authority or individual.

Justice Raveendran is overseeing the functioning of the technical committee and he is assisted by Alok Joshi, former IPS officer and Dr Sundeep Oberoi, Chairman, Sub Committee in International Organisation of Standardisation/International Electro-Technical Commission/Joint Technical Committee.