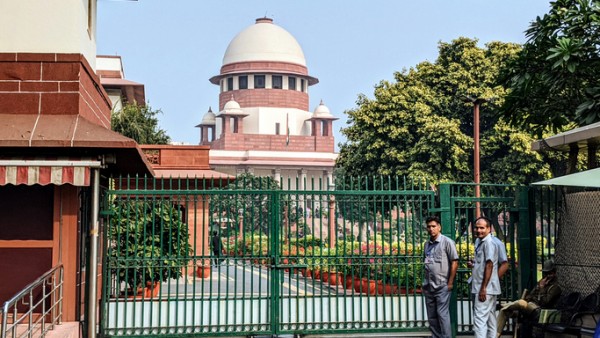 The Union government sent back 19 of the recommendations mere hours before the Supreme Court hearing on judicial appointments on November 28, a report says. Ten of them are names the SC had reiterated.

In the latest chapter of what is emerging to be a standoff between the Supreme Court collegium and the Union government, Indian Express has reported that the government has sent back 19 of the 21 pending recommendations made by the Collegium for appointment of high court judges.

A day ago, PTI had reported quoting unnamed sources that the government has asked the Supreme Court Collegium to reconsider 20 files related to the appointment of high court judges, including that of advocate Saurabh Kirpal who has candidly spoken about his identity as a gay person.

Express has reportedly learned that the Union government sent the recommendations back mere hours before the Supreme Court hearing on judicial appointments on November 28.

Amidst Union law minister Kiren Rijiju’s continued criticism of the collegium system, the Supreme Court in that hearing suggested that the government is perhaps holding back some appointments because it is “not happy” that the top court struck down the National Judicial Appointments Commission.

The apex court had in its 2015 verdict struck down the NJAC Act and the Constitution (99th Amendment) Act, 2014, leading to the revival of the Collegium system of existing judges appointing judges to constitutional courts.

Law minister Rijiju noted in a tweet that the elevation of two advocates, Santosh Govind Chapalgaonkar and Milind Manohar Sathaye, as additional judges of Bombay high court, were accepted.

As per the provisions under the Constitution of India, the following Advocates are appointed as Additional Judges of Bombay High Court.
My best wishes to them. pic.twitter.com/swkr05Duod
— Kiren Rijiju (@KirenRijiju) November 29, 2022

The list of names sent back contains those which were recommended as early as August 2021 and reiterated in July 2022. Out of them, five were for elevation to the Allahabad high court, two each for Calcutta and Kerala, and one for Karnataka high court.

Among names sent back is advocate Saurabh Kirpal who has candidly spoken about his identity as a gay person. He recently told NDTV that he believed the reason behind the limbo was his sexual orientation.
Speaking at the Times Now Summit last week, Rijiju had launched a fresh attack on the mechanism to appoint Supreme Court and high court judges, saying the collegium system is “alien” to the constitution.

“The Supreme Court in its wisdom, through a court ruling, created collegium,” he said noting that before 1991 all judges were appointed by the government.

The minister said the constitution of India is a “religious document” for everyone, especially the government, and “anything which is alien to the Constitution merely because of the decision taken by the courts or some judges, how do you expect that the decision will be backed by the country”.

“You tell me under which provision the collegium system has been prescribed?” he asked.

A day ago, senior Congress leader M. Veerappa Moily criticised Rijiju over his remarks on the issue of appointments of judges, saying the comments were in “total defiance” of the law of the land and it was “unbecoming” of the minister to “throw a challenge” to the Supreme Court.