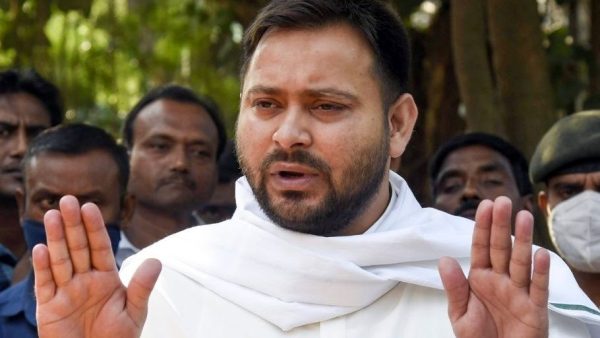 The single largest party in Bihar, the RJD, is waiting eagerly with open arms for forming a new government while registering its ‘Pratirodh’ on the streets of Patna against the central government. Amid speculation that Bihar's Janata Dal-United might separate from the NDA in Bihar, RJD state president Jagadanand Singh has claimed that his party is ready for every war.

He, however, denied any kind of pact with JD-U at this juncture.

“We have not given any proposal or invitation to Nitish Kumar to join the Mahagathbandhan in Bihar. We have called for the meeting on Tuesday to prepare plans for the upcoming 2024 Lok Sabha and 2025 Vidhan Sabha election. We are ready to fight any war,” Singh said.

Apart from the RJD, the JD-U and the HAM also announced meetings of their legislators on Tuesday.

JD-U state President Umesh Kushwaha said: “Tomorrow’s (Tuesday) meeting is being held to take the feedback of our MLAs, MLCs and MPs about the current situation.”

Interestingly, JD-U national president Lalan Singh said: “We have called a meeting on Tuesday to discuss the situation arising due to the R.C.P. Singh episode. Nitish Kumar will be chairing the meeting and legislators and MPs will put their points.”

Jitan Ram Manjhi, the patron of Hindustani Awam Morcha (HAM) is the only leader who claimed that whatever be the decision taken by Nitish Kumar, his party will support him. HAM is with Nitish Kumar and JD-U. However, he also said that the NDA is intact and Nitish Kumar will rule the state.

Meanwhile, a JD-U MLA said: “Our top leadership has asked every MLA to reach Patna by 8 a.m. on Tuesday. At present, we do not know what will happen in the meeting but I expect that a big political storm will come up after the meeting. CM Nitish Kumar and national President Lalan Singh will be expected to take a big decision that decides the fate of the NDA in Bihar.” (IANS)