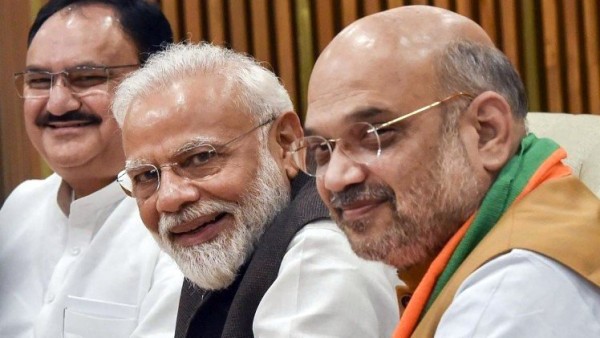 Time to pull the rug.

Rupani on Saturday resigned from the office. A section in the party believes that the decision to replace the chief minister might help the party beat anti-incumbency against the government among its own cadre.

While there is no clarity at what exactly led to Rupani’s resignation, saffron party sources said that there are many reasons for removal of Rupani and there was strong resentment against him among party cadre.

“There was a strong resentment among cadre against Rupani. His popularity is low among BJP workers. The removal of Rupani will help the party control the dissent at ground well in advance ahead of next year’s assembly polls. In other words, we can say that the move might help the party beat anti-incumbency against the government and the chief minister among its own cadre,” a BJP leader said.

It is learnt that while discussing the reasons for Rupani’s removal, the party leadership decided keeping workers unhappy will adversely affect the party’s electoral performance in the state polls, which is all set to become triangular with the entry of Arvind Kejriwal’s Aam Aadmi Party (AAP).

Another leader pointed out that it is a political course correction ahead of assembly polls. “By bringing a new face, BJP will try to address the issue of social engineering in the state, which plays a crucial role in state politics,” he said.

A party insider claimed that Rupani lacks the quality of a firebrand leader and may not be able to take on Congress and Aam Aadmi Party (AAP) which is all set to contest state polls scheduled in November – December next year. “He (Rupani) was good in executing the given works or assignments but lacked the quality we needed in our chief ministerial candidate to take on Congress and AAP in assembly polls. Workers are demanding a leader who can lead the party from the front under guidance of Prime Minister Narendra Modi and union home minister Amit Shah,” he said.

Rupani took the state’s Chief Ministerial position on August 7, 2016, and is representing Rajkot West in the Gujarat Legislative Assembly. It is learnt from sources that the party will declare Rupani’s replacement by Sunday.

The Congress has alleged that Rupani was removed because the state government failed to perform during Covid and provide relief to the public.

Bharat Singh Solanki, former Union Minister and Congress leader said, “Rupani failed to provide relief during Covid and we demand Nitin Patel should also be removed as he has also failed to work in the interest of the people.”

His removal is proof that he failed on all fronts, said Solanki.

The Congress leader alleged that it’s a face-saving exercise by the BJP to divert people’s attention and focus on the Prime Minister, as it cannot afford to contest elections on the basis of the performance of the state government.

Solanki said, “now Congress has the challenge and opportunity to become a viable option in the eyes of the public.”

However, when asked if the Congress house is in order in Gujarat, Solanki said that the Congress is going to appoint the state In-charge and State President this month only.

The Congress leaders say that the BJP won the Municipal elections because of other factors and will not be able to win the assembly polls whether they change the captain or not.

Soon after Rupani resigned, Congress said that there is an internal rift in all the BJP-ruled states, which exposes the failure of Prime Minister Narendra Modi and Home Minister Amit Shah.

Taking to Twitter, the chief spokesperson of the Congress, Randeep Singh Surjewala, said, “Two things stand out today – 1) Deep-seated infighting in all BJP ruled states, be it Gujarat, Rajasthan, UP, MP, Assam or Haryana. 2) ‘Bhakt’ media remains oblivious to fratricidal wars in the BJP, for their only mandate is to focus on opposition ruled states.”

He added, “This show failure of PM’s & HM’s leadership. If their anointed CM, Sh Vijay Rupani has failed #Gujarat & its people after 5 years, onus must lie at the doorsteps of Modiji. Time to rid Gandhi-Patel’s ‘Karambhoomi’ of the machiavellian BJP & its leadership.”

Sources said that the saffron party may declare Rupani’s replacement by Sunday. Most likely, his replacement could be Deputy Chief Minister Nitin Patel. (IANS)