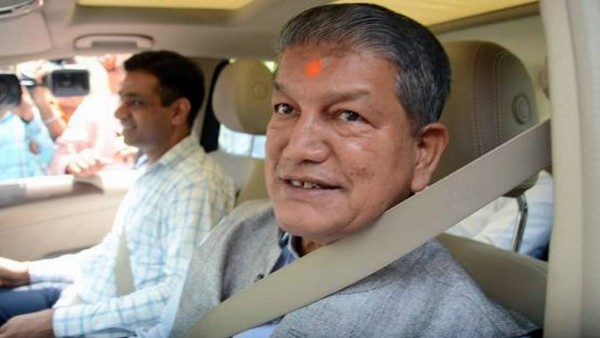 Rawat wants to be in the driver’s seat.

Harish Rawat of the Congress is way ahead of his own party in Uttarakhand, and while the ‘dulha’ is there, the ‘baraat’ is missing, as per the the latest ABP-CVoter-IANS State of States 2021 tracker.

Rawat is leading the poll with 36.6 per cent in the race for CM, followed by current Uttarakhand CM Pushkar Singh Dhami of the BJP at 24.1 per cent.

While the wind of change is blowing in Uttarakhand, till the Congress gets its act together and declares Rawat as the CM candidate, it will lag behind the BJP as the Aam Aadmi Party is polling 10 per cent votes, said Yashwant Deshmukh, Founder, CVoter.

“The Congress has a ‘dulha’ in Rawat, but it has to get the ‘baaraat’ behind him,” Deshmukh said.

A majority of 67.3 per cent said the BJP will not benefit from changing the Chief Minister again and again, while a similar number of respondents said that the promise of free electricity by political parties in Uttarakhand will not affect the elections.

The tracker was conducted between September 4 and October 4 across 690 Assembly seats in the state with a sample size of 98,121.

In Uttarakhand, the BJP is projected to win 44 seats, while the Congress is behind with 23 seats. The Opposition vote is getting divided with the Aam Aadmi Party polling 14.7 per cent votes, as per the tracker.

The BJP is down from 57 seats it won in the previous Assembly elections in the 70-member House.

The Congress’ move to install Charanjit Singh Channi as the first Dalit Chief Minister of Punjab is a masterstroke and Channi is emerging as the Dalit face of Punjab, as per the ABP-CVoter-IANS State of States 2021 tracker.

As per the tracker, 59.4 per cent said the Congress high command was right in its decision to change the Chief Minister in Punjab right before the elections while 40.6 per cent said it was not.

Also, 53.6 per cent said the Congress will benefit in Punjab by removing Amarinder Singh from the CM post while 46.4 per cent said no.

Yashwant Deshmukh, Founder, C Voter said: “In the 1990s, Mayawati became the power symbol of Dalits. Channi is the Mayawati moment of Punjab.”

Deshmukh said Channi is a superhit among Dalits but the Jat Sikhs are now moving away from the Congress and are divided between the Aam Aadmi Party (AAP) and the Akali Dal.

He added that AAP is slightly ahead in Punjab but without projecting a CM face it will find it difficult to turn the lead into a winning position. Deshmukh said the biggest loser in the Punjab events is Navjot Singh Sidhu.

As per the tracker, only 39.3 per cent said Congress will win in Punjab by contesting elections under Sidhu’s leadership while 60.7 per cent said no.

The AAP will benefit most from the infighting in the Congress party in Punjab with 42.1 per cent saying so.

It is clear that Amarinder and Sidhu fight is damaging the Congress even as Channi is here to stay as the Congress face in Punjab.