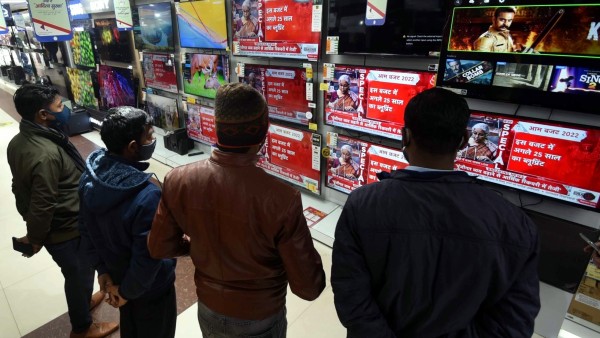 Nothing for the middle class.

“I believe the middle class is really disappointed today. There is nothing in this budget for them,” CA Jain said.

He said that there were basically 4-5 demands — “one was threshold exemption, another was standard deduction, medical reimbursement and work from home allowance etc. So people were expecting there would be some concession.”

Jain’s comments came as the government did not announce any new changes in the tax slabs for the personal income tax category.

The people were craving it to be a ‘miracle budget’ that would help the common folk who are battered by the pandemic and rising inflation.

“I believe that rising inflation has also not been taken into consideration in this Budget,” said Jain.

Taking positives out of the Budget, Jain pointed out that there are two ways to look into anything.

“Thankfully, no extra taxes were imposed as the government could have added another tax like Covid tax to tackle the rising expenditure, but, still no change in the personal income tax slab has dashed middle class people’s hopes,” he said.

In Budget 2021 also, income tax slabs remained untouched, however, the Finance Minister introduced a new tax regime. But according to financial experts, this regime offered no major benefits.

The consensus is that most taxpayers are continuing with the old regime and were unwilling to move to the new one as they cannot avail of any investment benefits under the new regime.

Pertinently, it was most likely expected by the people that there might be an increase in the standard deduction and the figure could be doubled to Rs 1 lakh from the present Rs 50,000.

But, the government again failed to fulfil the people’s wishes on this front.

“The Covid pandemic has seriously affected the middle class and the lower middle class very badly. People have lost jobs. Nothing has been said for the migrant labourers,” Jain underlined.

He even said that this year’s budget has let down the expectations of working women.

“There is no incentive or schemes for the women particularly,” said Jain.

Apart from censorious reactions to the budget, a good news came for individuals with income above Rs 2 crore who will now get some relief in the form of capping of surcharge at 15 per cent on long term capital gains (on specified assets) from existing graduated rates

The ongoing pandemic, coupled with the rising inflation, has adversely affected household expenses of the common man for an elongated period now.

However, with the higher capex and fiscal deficit target, the Finance Minister has limited specific relief to individual taxpayers. Moreover, several industry leaders have hailed the ‘growth oriented’ budget, saying it has set a tone for India’s aspiration to be the fastest growing major economy this decade. (IANS)