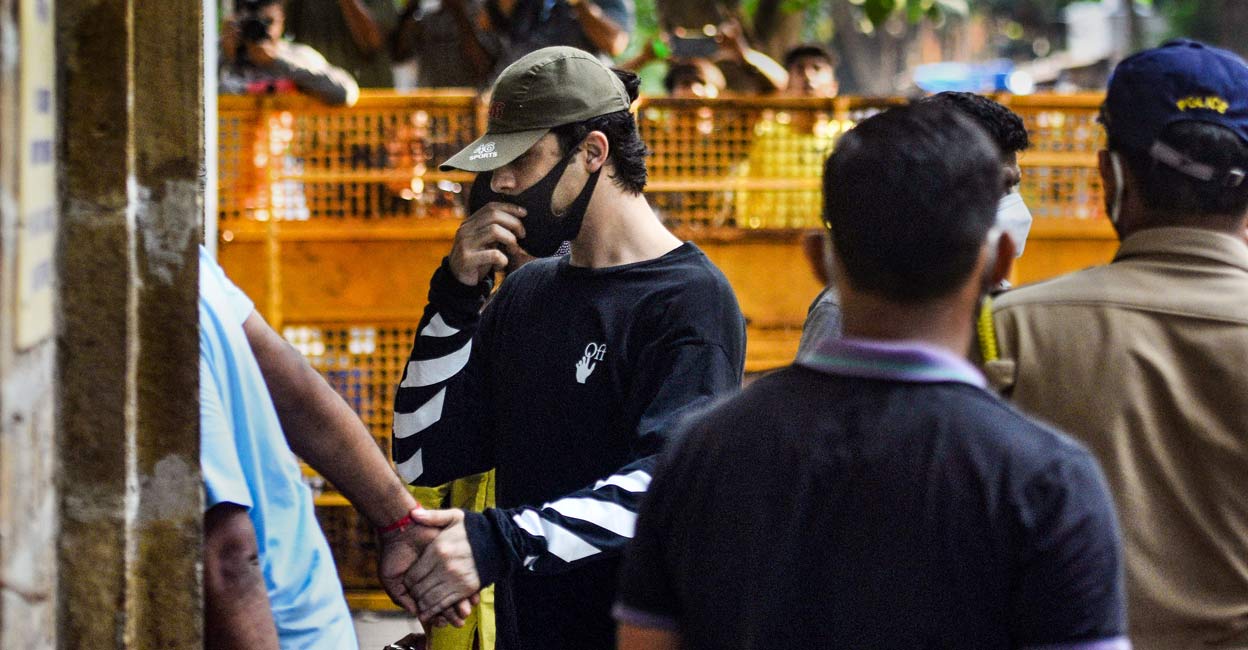 In a sensational revelation, the Nationalist Congress Party has claimed that the Narcotics Control Bureau (NCB) released 3 detainees including kin of a senior BJP leader and termed the ship rave party raid as "a pre-planned conspiracy".

Addressing media-persons, NCP National Spokesperson and Minority Affairs Minister Nawab Malik said that a total of 11 persons were detained after the swoop on the ship (October 2), including Aryan Khan, the son of Bollywood megastar Shah Rukh Khan.

“Later, that night 3 persons were allowed to go by the NCB officials. They are Rishabh Sachdev, the nephew of a BJP leader Mohit Bharatiya (formerly, Kamboj), Amir Furniturewala and Pratik Gabha. The NCB must reply why they were released from detention,” Malik demanded.

Elaborating further, he said that Aryan Khan had been invited to the ship party by the trio of Sachdev, Furniturewala and Gabha.

“However, after detaining 11 persons, the same three persons who had brought Aryan Khan to the party were allowed to go. This proves that the entire fraudulent raid on the ship was a pre-planned conspiracy to lure and trap high-profile individuals,” Malik said.

The NCP leader further said that several BJP leaders from New Delhi and Maharashtra made frantic calls to the NCB Zonal Director Sameer Wankhede for the release of the three detainees, and they were allowed to go late last Saturday (October 2).

“Who were the persons calling up the NCB that night and why? The Maharashtra and Mumbai police must probe the call detail records (CDR) data of Wankhede plus Sachdev, Furniturewala and Gabha,” Malik said.

Revealing another aspect, the Maharashtra Minister said that a BJP leader and a so-called ‘private detective’ Kiran P. Gosavi had signed on two ‘panchnamas’ giving different addresses of Thane and Navi Mumbai.

“Moreover, while one ‘panchnama’ of 4-pages was handwritten by a NCB official Satish Kumar, the other 9-page ‘panchnama’ was typed by Ashish R. Prasad and was a computer printout. How did this happen?” Malik questioned.

He pointed out that normally, the ‘panchas’ are said to be prominent or respectable persons, but in this case, the NCB got at least 2 politicians – Manish Bhanushali and Gosavi – the latter wanted by the Pune Police.

Reacting to Malik’s revelation, Shiv Sena leader Kishore Tiwari, accorded a MoS status, said that the series of developments unmasked so far indicate that the NCB has become a ‘Team B of BJP’

“I reiterate the Maharashtra Police should immediately arrest Sameer Wankhede for flouting all norms to conduct such bogus operations involving famous personalities to remain in media glare and divert attention from the drug seizure at Mundra Port,” Tiwari demanded.

Congress State Spokesperson Sachin Sawant called for action under Section 59 of the NDPS Act — who were involved in the cruise ship raids, how a relative of a BJP leader was released from detention, how BJP activists like Gosavi and Bhanushali were involved in the raids and then taken as ‘independent witnesses.

“The series of unearthing through documentary and video evidence suggests a big conspiracy and collusion between BJP and NCB gets established. The MVA government must probe the entire plot,” Sawant demanded.

Responding, the BJP Leader of Opposition (Council) Pravin Darekar dismissed the NCP’s allegations saying it was intended to seek publicity and arising out of frustration as Malik’s son-in-law was nabbed by the NCB in a drug case.

Threatening to make more revelations in the coming days, Malik reiterated that the entire ship raid was ‘fake’ and a planned conspiracy to trap some prominent youngsters, get huge publicity, defame Bollywood and discredit the Shiv Sena-NCP-Congress MVA government. (IANS)