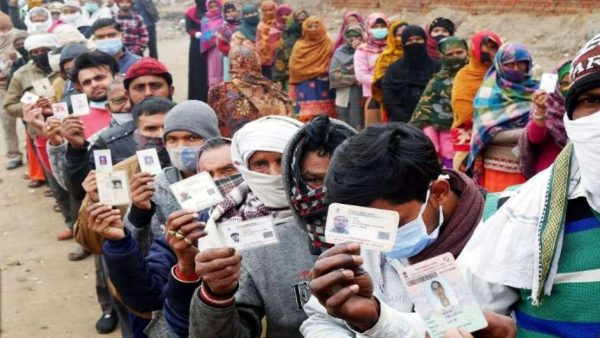 The ruling Bharatiya Janata Party (BJP) is hoping to secure a second consecutive victory in the state where the two national parties have usually swapped power every five years.

When asked about Congress’s claim of winning at least 40 to 45 in the 68-member strong assembly, Thakur said there are various estimations on the basis of surveys and he doesn’t want to comment on it. He, however, maintained that the contest between BJP and Congress will be close this time.

“On the basis of the survey, there are different estimations. I don’t want to comment on this. I don’t think either BJP or Congress should argue on this. The votes that have been cast are in EVMs,” the chief minister said.

“I feel that in Himachal Pradesh, it will be a close competition between Congress and Bharatiya Janata Party. Neither we are in a position to say we will win one way, nor Congress is. They need to understand this. They are saying it unnecessarily. One thing is sure that big leaders of Congress are going to get defeated in this poll. I think we should wait for the results and there is no need to say more,” he added.

Voters in Himachal broke all previous records to register an all-time high turnout of 75.6% since 1967. The voting percentage is likely to increase further as the Election Commission of India (ECI) is yet to receive complete postal ballots.

“When it (postal ballots) comes then I feel that it can reach close to 77 per cent which will be the highest ever in the history of Himachal,” Thakur said.

The chief minister said that people have actively participated in the election campaign and then in the voting process which is a good sign to strengthen democracy. He also suggested that the high turnout among women voters indicate advantage BJP as Prime Minister Narendra Modi “has got the support of women.”

“We believe that the interesting thing in Himachal Pradesh is that women have voted in large numbers this time and an increase of 5-6 per cent has been seen in it. The first choice of women is that if they have to vote for any leader, it would be Narendra Modi. He is their first favourite. Modi ji has got the support of women,” he added.