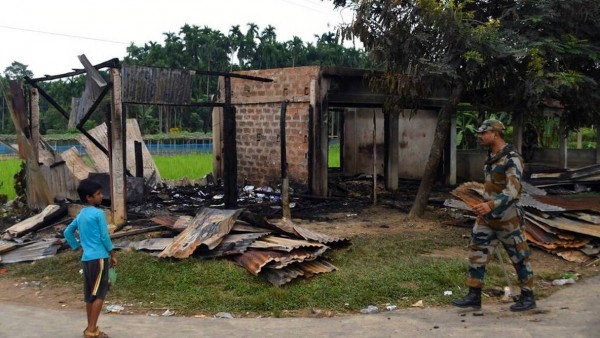 Raising questions on the utility and importance of the Human Rights Commission before going to Delhi, West Bengal Chief Minister Mamata Banerjee made it obvious that she will raise the recent incidents of violence in Tripura in her meeting with Prime Minister Narendra Modi.

Speaking to reporters at the airport before leaving for Delhi, Mamata Banerjee said, “Where is the Human Rights Commission in Tripura? Where did the human rights commission go? The whole country has witnessed the assassination of democracy in Tripura. In such a BJP-ruled state, people are suffocating. Why are there no words about the Human Rights Commission and Article 355 in our case in Tripura. What has happened now?”

She went on to say, “How many letters have been sent to the Tripura government from the Union Ministry of Home Affairs. They used to send letters to us regularly. In our state there was an election. So many leaders came here regularly. We didn’t stop anyone. Why is this happening in Tripura?”

The chief minister said that she will meet the Prime Minister on Wednesday and she will raise several issues including the atrocities in Tripura. “I shall speak to him on the extension of jurisdiction by the BSF. They are bulldozing the states in the name of cooperative federalism. This cannot continue. I shall speak to the Prime Minister about it”.

Another MP, Kalyan Banerjee said, “We have submitted a memorandum to the Home Minister. I have also mentioned about Sayani Ghosh who has been illegally arrested.”

Kalyan Banerjee quoted the home minister as saying, “I have listened to you and now I shall also listen to the version of the state government and then I shall ask them to take appropriate steps to make the situation normal.”

Mamata Banerjee is scheduled to arrive in Delhi on Monday evening for a four-day visit. She is likely to meet Prime Minister Narendra Modi and Congress Chief Sonia Gandhi.

The visit comes just ahead of the winter session of Parliament. Banerjee is likely to meet other like-minded party leaders to forge an alliance with the opposition in Parliament as the Centre is on a back foot since the repeal of farm laws.

The relation between the Congress and Trinamool has, however, hit a few hiccups after two Congress leaders, Luizinho Falerio and Sushmita Dev, joined Trinamool. Both the leaders have been sent to the Rajya Sabha by Trinamool. After this, the Congress state leaders and floor leader of the Lok Sabha Adhir Ranjan Chowdhury have sharpened their attack on the Trinamool.

According to official sources, Mamata Banerjee is scheduled to arrive in Delhi on Monday around 5 p.m. and will return to Kolkata November 25 evening.

Sources in the Chief Minister’s Office indicated that the discussion between Banerjee and PM Modi might revolve around the state’s pending financial dues, and the recent extension of the BSF’s jurisdiction in the state from 15 km to 50 km from the International Borders.

The Chief Minister is also likely to meet interim Congress President Sonia Gandhi. The opposition parties are set to corner the government in the upcoming winter session of Parliament on issues of inflation, Chinese incursion, Pegasus spyware and farm laws. The session begins from November 29. (IANS)