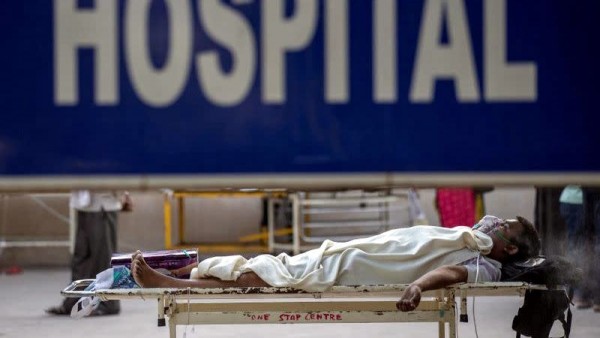 I read the editorial in The Lancet titled ‘Indias Covid-19 emergency published on May 8, 2021.

Let me quote from the article, “India will see a staggering 1 million deaths from COVID-19 by Aug 1. If that outcome were to happen, Modi’s Government would be responsible for presiding over a self-inflicted national catastrophe.”

It is reminiscent of news reports in the British colonial era in India. To justify their forceful occupation of India, there was an orchestrated attempt by the western media and their political leadership to portray India as the country of fakirs and snake charmers that didn’t deserve independence.

When India’s Independence Bill was being debated in the British Parliament in 1947, Winston Churchill had angrily remarked, “Power will go into the hands of rascals, rogues, and freebooters.”

While the Covid crisis is indeed alarming in India, the article is suitable for a politically motivated tabloid rather than a reputed academic journal. As an Indian, I felt indignant with the vitriolic rant leading to poor portrayal of my country.

Being in the frontline for last one year in Mumbai, I have been witness to death, disability, disaster and despair. I have lost several of my own near and dear ones. However, the issue is much larger than what the editorial conveys. The solutions are much more complex than one can imagine. It is time for an end game and not the blame game.

In order to create a sensation, the editorial mentions statistics of mortality and morbidity to suit the purpose. Mark Twain had once described three grades of lies – “Lies, damned lies, and statistics”!

India, with its 1.3 billion population, has lost 262,000 Indians and I accept that the numbers are likely to rise further. One may argue about under reporting in India due to low Covid testing in many parts of the country. Therefore, let’s look at the case fatality ratio (CFR) – the number of deaths divided by the number of confirmed cases.

India’s CFR of 1.1 per cent is less than that of the US, France, Italy and Germany. India’s Covid-19 recovery rate is among the highest in the world. However, this cannot be a reason for any complacency.

India started its vaccination drive on January 16, 2021 and has vaccinated 180 million citizens as of today, which is nearly 9 per cent of its entire population.

There are more reasons to appreciate the Indian government. It lifted the ban on export of HCQ and exported HCQ and Paracetamol during the height of the epidemic. Despite shortage of vaccines in India, our government had the magnanimity to export 66 million doses abroad on humanitarian grounds.

The editorial makes several contradictory remarks and one of them says that the “local governments have begun taking disease-containment measures, but the federal government has an essential role in explaining to the public covid appropriate behavior”.

The fact is that the government has launched a massive multi-pronged Covid awareness campaign and developed a dedicated portal to share all the statistics – https://www.mygov.in/covid-19.

I am also surprised that the author is unaware of the several viral genome sequencing data published by the Indian labs. Needless to say, this virus keeps mutating very frequently just like any other influenza virus. Contrary to the claims in the editorial, the central and state governments regularly conduct press conferences to share the emerging data or newer information.

In India’s federal structure, as per the Constitution, health care is a state subject. I do agree that dramatic reduction in the Covid case load during the winter led to a false belief that the pandemic was getting over.

I also agree that many states were not prepared for the second wave that turned out to be a Tsunami. Even if they had planned, it would be impossible to create an efficient system in less than six months.

States like Kerala, Maharashtra, Karnataka and Delhi that have better healthcare systems suffered the most. If we take example of the worldwide mortality, the countries with the best health care infrastructure (the US, France, Italy etc.) seemed to have the highest mortality. In short, biology trumped technology and pharmacology.

With virtually no effective medical treatment currently available, state and central governments have resorted to lockdown multiple times in this entire pandemic. The arm chair critics may not realize that lockdowns are politically challenging decisions. Let us not forget that these measures have profound socio-economic impact that may turn out to be more hazardous than Covid itself especially among the impoverished groups.

I am appalled by the editor’s statement that “government’s attempts to stifle criticism and open discussion during the crisis are inexcusable”.

I am confident that the editor has never watched Indian television debates where such criticisms are made. In fact, the vehement criticism of the Indian vaccines by some political parties made some gullible citizens believe that the vaccines were useless, leading to lukewarm response in the beginning.

Now let’s discuss about the large political rallies and failure of the Election Commission of India in deferring the polls. The editor blamed the Indian government for failing to heed the warning of the second wave of the pandemic. If that is the case, predictions are being made of a much larger third wave in India. Will the editor please let us know when India could have conducted the elections safely? Is the author aware of the consequences of indefinite postponement of elections in the politically sensitive states of West Bengal, Tamil Nadu and Kerala?

I agree that the Kumbh Mela shouldn’t have been held this year and it could have been the super spreader event. Kumbh Mela is one of the largest voluntary religious congregations of human beings on earth that happens every 12 years in the months of January to April. Let me share some more information to put things in perspective.

The entire Kumbha area was spread over 150 sq km and over 9 million people voluntarily visited it between January and April 2021. The maximum number of people visiting the Kumbh area on a single day was 3.5 million. On that day of peak foot fall, the population density in the Kumbh area was estimated as nearly 23,000 people per sq km.

Mumbai’s local trains, the lifeline of the city, carry 7.5 million people (population of Hong Kong) every day with nearly 6,000 passengers packed into a 12-car rake during the peak hour. When the lockdowns were lifted during the pandemic (February and March, 2021), nearly 4 million passengers travelled every day in the Mumbai local trains.

The study concluded that asymptomatic spread of the infection led to significantly lower infection fatality rate among slums compared to non-slums. The reasons why slum dogs fared better than the millionaires were because of the population density, poor hygiene and non-adherence to Covid appropriate behaviour.

Similar high prevalence of protective antibodies was reported in the other parts of India as well – Delhi (56 per cent), Mumbai (up to 75 per cent), Hyderabad (54 per cent) and Bengaluru (57.9 per cent).

In contrast, the highest level of antibody achieved in New York, London and Paris was 20 per cent, 13 per cent and 12 per cent, respectively. Is Indian’s high level of herd immunity responsible for the low case fatality rate?

Herd immunity (also called population immunity) is due to the presence of antibodies that occurs when a population acquires it through either the infection (asymptomatic or symptomatic) or vaccination. While I admit that allowing infection to ravage the population is not the best way to achieve herd immunity, it is also true that long term safety and efficacy of the vaccine is presently unknown.

Murmurs are already happening in the scientific community that the concept of natural herd immunity is being actively suppressed to promote vaccine companies. Having said that, with vaccine as the only hope to combat the spread, it is time to make it more affordable and accessible.

Ironically, while thousands are dying every day, Word Trade Organization has failed to prevail upon member countries to waive patents and intellectual property rights linked to vaccines and technologies. The waiver is being fiercely opposed by many developed countries such as the UK and the European Union. Even an international association of pharmaceutical manufacturers warned WTO that waiving the patents and copyrights will be counterproductive and dangerous.

Politicians have become the favourite punching bags for journalists who are desperate to hit the headlines. Bad journalists always scour through the speeches of politician and pick up the most sensational sentence to create a narrative that suits them.

With hopelessness all around, society tends to hold the political leadership as the ultimate cause of their miseries. I agree that political leaders are accountable and they cannot shift the blame for this failure. However, there are many stakeholders in this pandemic whose accountability needs to be questioned. How about those researchers whose misleading recommendations were later proven to be ineffective or even harmful? What about those journals who shortened the publication pipeline to improve citation index only to end up with substandard articles? We can’t forget the retraction of an article from a reputed journal claiming effectiveness of HCQ.

We still remember the allegations of pharma industry – journal nexus in publishing pharma funded studies of questionable benefits. What about the pharma companies who failed to communicate about lack of efficacy or appropriate usage while selling lopinavir, ritonavir, oseltamivir, remdesivir, interferons, tocilizumab, hydroxychloroquine, azithromycin etc? Will the scientists, institutions and the rich nations apologize to the world for holding on to the patents/copyrights of the lifesaving drugs and equipment while thousands die every day?

The Lancet editorial made a ludicrous statement that the “government has seemed more intent on removing criticism on Twitter than trying to control the pandemic”. It is obvious from my narration above that India has done the best it could do.

The Lancet editorial seemed to be solely for the media attention and trending on twitter while maligning India globally. In the word of German Scholar, Max Mueller, “If I were asked under what sky the human mind has most fully developed some of its choicest gifts, has most deeply pondered on the greatest problems of life, and has found solutions, I should point to India.” Wait till India recovers, it will lead the world soon.

(Dr Pankaj Chaturvedi is a professor at the Tata Memorial Centre, Mumbai. The views expressed are personal)