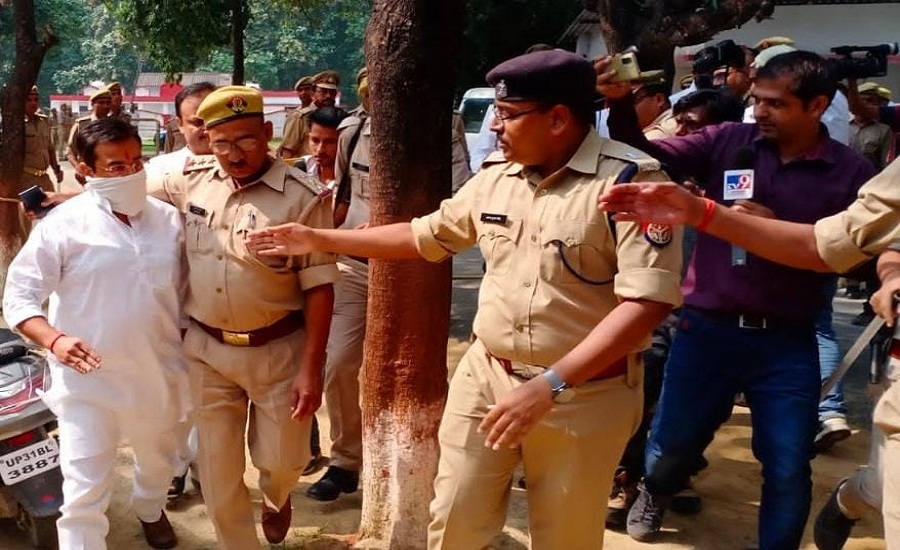 Ashish Mishra, son of union minister Ajay Mishra Teni, who was accused of mowing down four farmers in Lakhimpur on October 3 last year, following a protest by farmers, was released from Lakhimpur jail on Tuesday evening, after the Allahabad High Court corrected its order.

Ashish Mishra had moved the Lucknow bench of the High Court seeking insertion of sections 302 (murder) and 120 B (criminal conspiracy) of IPC that were ‘inadvertently’ not mentioned in the high court order as the jail authorities would not release him due to the omission.

“It is a mere typographical error, while the court already considered the bail under these sections too and, as such, the same may be allowed making the addition of these sections in the order,” said the application.

Ashish Mishra was arrested on October 9 last year by the Special Investigation Team (SIT) that was probing the incident.

“Ashish Mishra has been arrested as he was not cooperating during the interrogation and did not answer a few questions,” DIG Upendra Agarwal had told reporters at the time of his arrest.

An FIR was registered against him and a few others over the incident, but the UP police did not move against him until the Supreme Court decided to take up the matter.

His arrest came a day after the apex court expressed its dissatisfaction with the UP government over the action taken in the case.

Ashish turned up for questioning the second time he was summoned, and after 12 hours the nine-member SIT headed by DIG Agarwal, arrested him.

It may be recalled that eight people were killed on October 3, 2021, after violence erupted during a farmers’ protest, claiming the lives of farmers and BJP workers ahead of a visit to Lakhimpur by UP deputy chief minister Keshav Prasad Maurya.

Four of the dead were farmers who were mowed down by a speeding SUV, belonging to Ashish Mishra. One journalist covering the incident was also killed in the incident.

The Special Investigation Team probing the Lakhimpur Kheri violence incident has said that there was a planned conspiracy to murder protesting farmers.