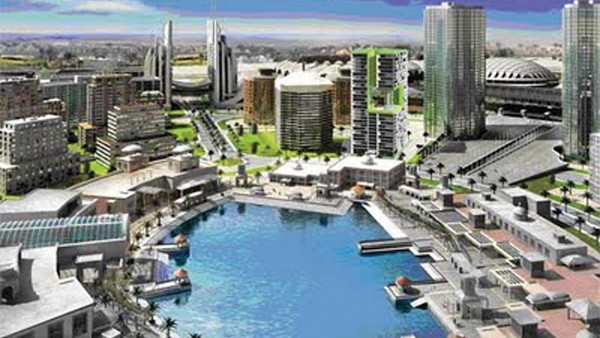 The Kochi Smartcity is the latest among a host of development projects that have not kicked off in Kerala because of petty politics.

After deliberating its nitty-gritty for six long years, the Kerala Government and TECOM, the investment arm of Dubai Internet City (DIC), are close to parting ways from the keenly-awaited Kochi Smartcity project. The absence of a pragmatic political leadership and internal squabbles in the CPM, have glaringly come into the open once again with the collapse of the project.  Chief Minister VS Achuthanandan declared last week that a new promoter for the Rs 1,500-crore knowledge city project may have to be found. Several top IT companies including Microsoft and Intel were poised to set up shop at the proposed project which was to be developed on the lines of Smartcity Dubai. For a state which was hoping to make the maximum of the IT saturation in Bangalore and Hyderabad, this is sure to dent investor confidence.

Three years ago, Chief Minister VS Achuthanandan was all smiles as he inked the Smartcity deal with TECOM. The government had picked up 16 per cent equity in the project and Achuthanandan’s USP was that he had reworked a project which he had bitterly opposed as Opposition leader in the Assembly and made it more beneficial to the state.

The project was in fact a baby of AK Antony’s towards the fag end of his term as chief minister, though it was Oommen Chandy who almost thrashed out an agreement with DIC before bowing out of office in 2006. The Chandy government had its share of troubles from the beginning when it decided to provide 100 acres of free land to DIC according to the IT policy. Chandy’s take was that the land was barren with no infrastructure available at that time. Besides, other states like Andhra Pradesh, Tamil Nadu and Karnataka were willing to offer much more concessions to DIC for setting up the project there. However, Achuthanandan who was the then Opposition leader raised a series of allegations against the proposed project.

Dispute over freehold
The LDF Government now blames the impasse on the demand of TECOM for inclusion of a provision in the lease deed allowing it the right to sell 12 per cent of the project area land which has been notified as a SEZ. This would have meant that they would have the right to sell 30 acres out of the 246 acres given to them. The TECOM claims that it will not be able to climb down from this position since it was already part of the original agreement.  When the agreement was signed in 2007, the general impression then was that if the project had materialised it would have been the first of the mega projects to happen under the LDF rule. It would have also boosted the public image of Achuthanandan. Now, with just about a year to go for the Assembly elections, it is clear that the government will not have even a single infrastructure project to gloat over while facing the electorate.

“It is because of the infighting in the CPM and the government that the LDF could not move ahead with the Smartcity project,’’ said Congress MLA K Babu. Few doubt the veracity of this charge as the media was replete with reports about the rivalry between Achuthanandan and CPM state secretary Pinarayi Vijayan for the last few years. If Achuthanandan spent his term going after Vijayan and his involvement in the SNC Lavalin corruption case, the all-powerful party honcho kept a tight rein on the chief minister.

That then explains the big price that Kerala would have to pay for the intense factional politics which was played out in the CPM for the past six years. Achuthanandan, the 86-year-old warhorse who had played many a political game to cut his rivals to size, has been unable to perform in the absence of party support.  “So what were they doing all
this while? We would have set up more than one Smart city by now,’’ claims Kerala PCC chief Ramesh Chennithala.

Poor investor confidence
Poor investor confidence has been the bane of God’s Own Country for the past few decades thanks to militant trade unionism and the absence of consensus among parties on development.  Even Infosys decided to open a centre in Thiruvananthapuram after a lot of effort went into convincing its board of directors. The Achuthanandan government’s failure on Smartcity is expected to dampen investor confidence further as in big projects like the proposed Vizhinjam container Transhipment terminal in Thiruvananthapuram. Located close to the international ship route, Vizhinjam is a natural port. It is expected that at least half of the nearly 20,000 ships that pass through the Suez Canal a year would anchor here. With the functioning of Vizhinjam port, the ports of Colombo, Singapore and Dubai are expected to face serious competition from India.

The project for which global tender is to be floated witnessed the unique sight of two developers getting embroiled in a legal tangle in the last few years at the end of which both have now backed out. The project was also at the receiving end of regional foul plays by business groups lobbying for the Vallarpadom container terminal in Kochi as well as bureaucratic and legal tangles.

The absence of good highways is another factor which has been throttling the state’s development for long. The UDF proposal to connect the state capital with the northern tip of Kasargod through an expressway had met with stiff opposition from political leaders and social organisations. Janata Dal (S) leader MP Veerendrakumar was the first to call the highway a ‘wall’, as it was proposed to be built at a height of seven to 10 metres from ground level. “It is another Berlin Wall in the making,’’ he had said.

Achuthanandan demanded a halt to all activities in connection with the mega project, estimated to cost Rs 6,400 crore. He said it would be destructive for a state like Kerala with a small geographical area but dense population. Till date, the state has not made much progress on improving its roads. That’s not all. The LDF government has also been unable to progress even a bit on the Kochi Metro, Kannur airport and National Highway project in the past four years.