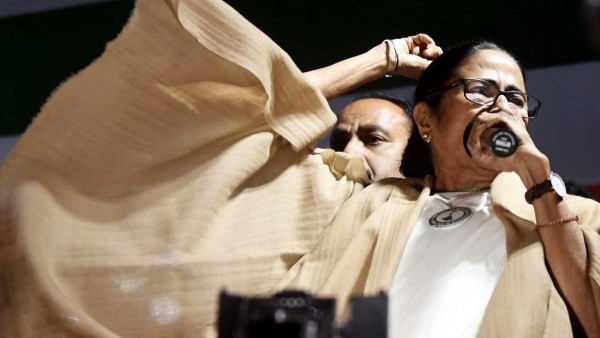 Mamata Banerjee today said she along with other Chief Ministers in neighbouring states would come together to defeat the BJP in 2024. At a party gathering, she repeated the viral “Khela Hobey (game on)” catchphrase and jibed on Prime Minister Narendra Modi – “Your mann ki baat will soon become mann ki byatha (pain).”

The Bengal Chief Minister urged Trinamool Congress leaders to gear up for a fight against the BJP.

“They tried bringing down the government by offering ? 10 crore to every MLA. I caught them red handed. We saved Jharkhand. Khela hobey! We will have Panchayat polls peacefully and then – just watch how we play for the 2024 elections,” she grinned, drawing hearty applause from her party men.

“The game will be set up in Bengal. Now we are all together. There’s Nitish Kumar, Akhilesh Yadav, Hemant Soren. I am there. Our friends are there. All parties are together. Their arrogance of 280-300 seats will be their nemesis…remember Rajiv Gandhi had 400 but that didn’t stick,” said Mamata Banerjee.

Even in the five states that she had listed, she said, 100 seats were lost for the BJP. “How will they form a government,” she said.

Three Congress MLAs of Jharkhand were arrested after their car was intercepted in West Bengal’s Howrah on July 30 and nearly ? 49 lakh in cash was found. They claimed that the money was meant for buying sarees for a tribal festival in their state.

The Congress, which is a part of the JMM-led government in Jharkhand, claimed the BJP was trying to topple the Hemant Soren government by offering ? 10 crore and ministries to MLAs.

“The BJP thinks they can threaten us with CBI and Enforcement Directorate. The more they pursue such tricks, the closer they will be to defeat in next year’s panchayat election and the 2024 Lok Sabha polls,” she said.

“99 per cent of TMC is clean, honest and dedicated to social work. If one or two people do something wrong, the law is there to deal with them. The party will take action,” she added.