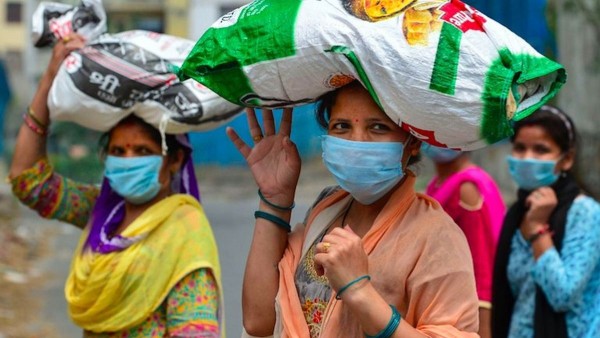 Amid the escalating political fight over the controversial 'ration at doorstep' scheme following the Centre's objections, Delhi Chief Minister Arvind Kejriwal writes to Prime Minister Narendra Modi to draw his attention to the matter. The Centre has blocked the scheme launched by the Delhi government to help provide subsidised foodgrains at home.

Kejriwal, who is also the National Convener of the ruling Aam Aadmi Party (AAP), wrote a fresh letter two days after he had requested Modi to allow his government to distribute subsidised foodgrains and items in packed bundles at the doorstep of people in Delhi. During a press conference on June 6, Kejriwal asked, “If pizza can be delivered at home, why not ration.”

Kejriwal on Saturday reiterated that he has been fighting against the ‘ration mafia’ for the last 17 years and had faced difficulties. He had said the ‘ration mafia’ in Delhi has strong connections and they have again stopped door-to-door ration delivery scheme so he requested Modi to support his flagship scheme.

“Till today I have supported you in all your work in national interest. You should also support us in this. This is also a matter of national interest. We are ready to make any changes in the ration delivery plan that the Central government needs,” Kejriwal urged Modi in his letter.

“It is important that this scheme be implemented — not just in Delhi but the whole country — during the coronavirus pandemic,” the letter added.

On Saturday, Kejriwal had accused the Bharatiya Janata Party (BJP)-led Central government of blocking his flagship scheme again that would benefit 72 lakh people suffering economic hardships and loss of jobs and wages as a result of the lockdown.

The fresh controversy over this issue has emerged after Delhi Lieutenant Governor, Anil Baijal, returned the Delhi government’s file citing lack of the Central government’s approval and an ongoing court case.

Kejriwal on Saturday had told the media that he has written five letters to the Central government seeking its approval to run this scheme.

“The Delhi government did not require the Centre’s approval for the implementation of the ration scheme but it sought permission five times to avoid any dispute. We have written as many as five letters to the Centre to seek approval. What kind of approval does the Delhi government need from the Centre?” Kejriwal said during a press conference.

The AAP government in Delhi had cleared the proposal to allow home delivery of ration in July last year. It was one of the promises made by the party in the run-up to the 2020 February Assembly polls. (IANS)