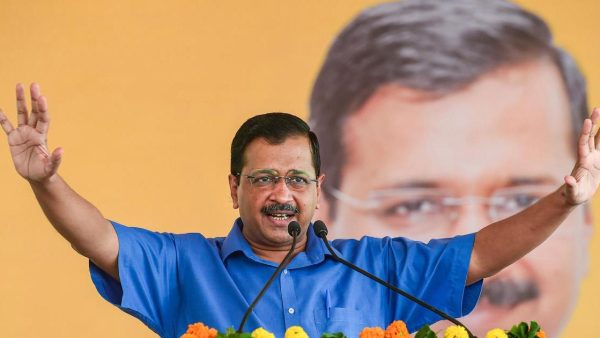 The Union government dislikes Delhi chief minister Arvind Kejriwal because he often beats the Bharatiya Janata Party at its own game.

Whatever Kejriwal’s flaws ? and there are many ? the one thing he does really well is to do a BJP on the BJP.

The Delhi chief minister utterly frustrated the BJP’s vast messaging machinery over the past fortnight by diverting attention from the CBI raids over the Delhi liquor excise policy to Aam Aadmi Party’s education policy. Now, few are willing to believe that Delhi deputy chief minister Manish Sisodia is a corrupt man who favoured select private sector entities with liquor licences in return for illegal gratification.

The unprecedented praise of Sisodia on the front page of the New York Times had the BJP leadership in such a tizzy as they tried to discredit it as paid news. But the paper clarified it was genuine reportage, and made the BJP look like rank amateurs in their messaging as well as their media management.

The BJP is baffled by Kejriwal’s street tactics.

He has put the BJP on the defensive with his allegation that Rs 10 lakh crore of bank loans taken by select businessmen have been written off. He forced the finance minister, Nirmala Sitharaman, to give a formal reply, in which she said that write-offs don’t mean the loans are not being recovered through collaterals.

The fact that Kejriwal forces the Modi government to react formally says something about his capacity to rile.

More recently, in the assembly, he described the BJP as “serial killers of elected governments” of opposition parties. He named all the state governments ? Madhya Pradesh, Karnataka, Goa, Manipur, Meghalaya, Arunachal and Maharashtra ? which have become victims of this serial murder through ‘Operation Lotus’.

Kejriwal explains the modus operandi very simply. He makes the sweeping calculation that the BJP has bought up 270-plus MLAs at the rate of Rs 20 crore per head. He claims that this is what the Union government collects through electoral bonds, in exchange for editing down loans of businessmen friends.

It’s like a schoolteacher breaking down a complex subject with simple, digestible examples.

Kejriwal excels in this form of communication and it troubles the BJP no end. It is helpless because their supreme leader too resorts to such a communication strategy from time to time. But Kejriwal does it better when he is cornered.

AAP is quickly learning how to counter BJP propaganda. Plus, it is a new party and does not easily fall into the template Modi has created to discredit opposition parties as corrupt, dynastic and ‘Muslim-appeasing’. None of these stock accusations stick to AAP, and it’s a major challenge for the BJP.

The Union government tried to use the controversy over the liquor excise policy to paralyse the AAP government and halt Kejriwal’s Gujarat foray. But the opposite is happening ? Kejriwal and Sisodia visited Gujarat instantly after the CBI raids on the deputy chief minister’s house. The CBI seemed to be ready to arrest Sisodia but the Centre probably saw which way the narrative was going and refrained from scoring a self-goal.

The BJP accuses Kejriwal of adopting the very “shoot and scoot” strategy which Modi himself has perfected over the past eight years. Indeed, as the 2024 general elections near, other opposition parties can learn a lot from Kejriwal on how to do a BJP on the BJP.
Courtesy The Wire