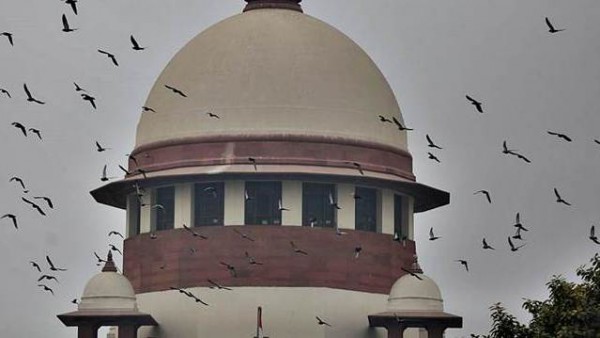 Amid a tussle with the government, it was an unprecedented move by the Supreme Court to make public documents by intelligence agencies - RAW and the IB - on the government's objections.

Last week, the Supreme Court collegium headed by the Chief Justice of India, DY Chandrachud, published on the Supreme Court website the government’s objections to the elevation of three candidates for judge and its own counter.

Amid a tussle with the government, it was an unprecedented move by the Supreme Court to make public the inputs of intelligence agencies – the Research and Analysis Wing (RAW) and the Intelligence Bureau (IB) – on the government’s objections.

Rijiju said today that he would “react at an appropriate time” but made his views clear.

“Putting out secret and sensitive reports of RAW or IB in public domain is a matter of grave concern, to which I will react at an appropriate time. Today is not the appropriate time,” the Law Minister told reporters.

“If the concerned officer who is working for the nation in disguise or secret mode in a very secretive location, he will think twice if tomorrow his report is put out in the public domain, and it will have implications. That is why I will not make any comment,” Rijiju said.

Asked whether he would take it up with the Chief Justice, the minister said: “The Chief Justice and I meet so often. We are always in touch. He is the head of the judiciary, I am the bridge between the government and the judiciary. We have to work together – we can’t work in isolation. It is a contentious issue…let’s leave it for another day.”

On January 19, the Supreme Court had uploaded its letters publicly refuting the government’s objections to the elevation of three candidates, including an openly gay advocate, as judges.

The disclosure led to disquiet in the security establishment as the practice has always been to keep the confidentiality of intelligence agencies which scrutinise prospective candidates for appointments to the higher judiciary — the High Court and Supreme Court.

The Supreme Court deliberated for four days before taking the unprecedented step, sources have told NDTV.

This is the latest in a bitter clash between the government and the Supreme Court over the appointment of judges.

The government has been pressing for a greater role in the appointment of judges, which has been the domain of the Supreme Court collegium or panel of senior most judges since 1993.

The government argues that the legislature is supreme since it represents the will of the people.

The back-and-forth between the government and the Supreme Court has also thrown up questions on the constitution and what parts of it can be changed by parliament to rework the system of judges appointing judges.

The Supreme Court has said the collegium system is the “law of the land” which should be “followed to the teeth”.

Rijiju has often talked about the “lack of transparency” in the appointment of judges. Yesterday, he said judges need not contest elections or face public scrutiny.

“The people are watching you and judging you. Your judgments, your work process, how you dispense justice… The people can see, and assess… They form opinions,” the Law Minister said at an event.