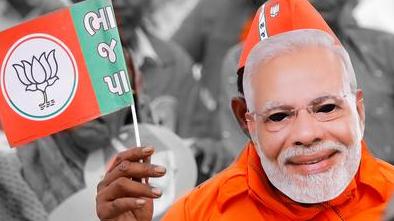 Fear of losing votes and, in turn, being booted out of office is often the best way to get leaders to work towards developmental outcomes. In fact, it is exactly why democracy is such a powerful governance mechanism. The fact that the link between human development and winning elections has been snapped in Gujarat has meant an unusual situation where a rich state has a relatively poor population.

It is seen as common sense that economic growth and a better quality of life go together. And for good reason: the correlation holds remarkably well across countries and continents.

The rare exception, however, could be the state of Gujarat in India.

It has, by Indian standards, made exceptional economic progress. Amongst large states, Gujarat is ranked fourth on per capita net state domestic product. It is even ahead of Tamil Nadu and Maharashtra, which together with Gujarat, makes up the top three industrialised states in India. While Gujarat only makes up 5% of India’s population, it accounts for 20% of its industrial output.

Yet, while Gujarati industry might outperform the rest of India, Gujaratis themselves do quite poorly.

Take infant mortality, possibly one of the most basic standards with which to measure human development. Gujarat sees 23 infant deaths for every 1,000 live births, placing the state at 23rd place among states and Union territories. Even industrially lagging states like Tripura and Jammu and Kashmir (now a Union territory) manage to ensure that more newborn infants live than Gujarat does.

The capital Ahmedabad and the business centre of Surat are the main centres of stunting, illustrating the broken link between industry and development in Gujarat. Credit: Niti Ayog.

Gujaratis are similarly disadvantaged in education. The state ranks 17th on literacy rates. Gujaratis have some of the highest school dropout rates in India. Only 48.2% of Gujarati children enter the higher secondary level compared to the India average of 57.6%. Even Uttar Pradesh does better on this indicator.

Gujarat might be a great place to work if you are a businessman – but it is a terrible place if you are unlucky enough to be a manual worker. The state has some of the lowest wages in India. One government survey found that average wages of casual workers in urban areas was almost the same in Gujarat and Uttar Pradesh and stood at half of what a worker earned in Kerala.

Even more troubling, even as Gujarat gets richer, the Gujarati quality of life seems to be worsening relative to other states. Between 1994 and 1996, Gujarat’s infant mortality rate was 63 per 1,000 births and Bengal’s was 58. This difference of five widened to one of more than nine by 2020. From 1993 to 2011, Gujarat’s rank in terms of the percentage of people above the poverty line went from 3 to 10.

The fact that Gujarat has a booming economy but is unable to plough back the earnings from that to make the life of its people better points to a significant political failure. The reason for that is apparent as the state heads into Assembly elections: the state has stagnated politically.

Unlike most other elections in India, the current Gujarat Assembly polls (the vote starts on Thursday) is seeing almost no excitement. Sanjay Kumar, one of India’s leading psephologists at the Study of Developing Societies was blunt when he said that he had little interest in the Gujarat election since the “winner had already been declared”. Kumar was, of course, referring to the fact that the Bharatiya Janata Party is the overwhelming favourite to win the election. This is after the party has already been in power for an incredible 27 years.

The BJP in Gujarat then fits the description of what political scientists would call a dominant party: a party that governs continuously for a long time and is ideologically dominant. “Even enemies of the dominant party, even citizens who refuse to give it their vote, acknowledge it superior status and its influence,” wrote the political scientists to coined the term in 1954.

The BJP’s continued hold over urban, uppercaste voters in Gujarat has ensured this position for itself. Data as well as reporting shows that while there is considerable anger against the BJP among Dalits, Adivasis and Muslims, they are too powerless to change the government. A similar dynamic works with rural Gujarat, where the BJP’s win rate was only 37% in the previous Assembly poll. However, the party’s strong hold over urban Gujarat and the fact that the state is one of India’s most urbanised means that rural Gujaratis have little say in the state government.

To add to this urban-rural divide is the fact that since the BJP is ideologically hegemonic, very often elections are fought on the question of Hindu nationalism and not on bread-and-butter issues like health and education. Much the same is happening this time, as the BJP has signalled it support for the 2002 riots as a way to set the tone for the election.

Of course, this stagnation has been harmful for the state with a large section of rural voters as well as those from marginalised communities permanently shut out of the state’s power structures. They are unable to benefit from the significant industrialisation in their own state.

Compare this to Tamil Nadu, where vibrant political competition not only between the Big Two of the Dravida Munnetra Kazhagam and All India Anna Dravida Munnetra Kazhagam but also between smaller parties representing minor groups has ensured a political engine that works hard to plough back corporate profits back into development initiatives. A similar dynamic in Kerala and almost continuous switching between the Communists and the Congress has meant stunning developmental outcomes by South Asia standards.

Fear of losing votes and, in turn, being booted out of office is often the best way to get leaders to work towards developmental outcomes. In fact, it is exactly why democracy is such a powerful governance mechanism. The fact that the link between human development and winning elections has been snapped in Gujarat has meant an unusual situation where a rich state has a relatively poor population.