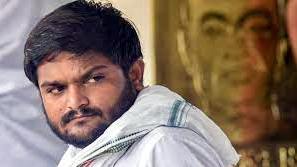 Almost seven years later, with the reservation stir losing its sting and Hardik switching over to the side which he had sworn to “decimate” in 2017, the BJP seems to be breathing easy in the run-up to the 2022 polls.

On a sultry August afternoon of 2015, a 22-year-old stunned the BJP government when he rallied lakhs of Patidars to the GMDC ground in the heart of Ahmedabad, seeking reservation for his politically influential community.

Buoyed by the protestors, mostly youth, the youngster openly dared the then Chief Minister Anandiben Patel to walk up to him and end the reservation stalemate. A police crackdown and his arrest later, a new chapter in the political history of the state was being scripted.

Hardik Patel became the vortex of Gujarat politics in the run up to the 2017 assembly elections. He and his stubborn demand for reservation put the BJP on the back foot. Hardik was responsible for restricting BJP below the 100-mark in the polls, with most of the damage done in the politically important Saurashtra region where Patidars hold sway. The Congress managed to bag 28 seats, an addition of 15 at the expense of the BJP.

Almost seven years later, with the reservation stir losing its sting and Hardik switching over to the side which he had sworn to “decimate” in 2017, the BJP seems to be breathing easy in the run-up to the 2022 polls. “He may have lost the zing and the momentum which he had in 2017 but he still is a significant Patel voice which could have continued to impact the BJP,” commented a senior party leader.

Hardik joined the Congress in 2019 despite opposition from some of his close aides at the Patidar Anamat Andolan Samiti (PAAS), which he had formed to spearhead the reservation stir. Though he was made the working president, his stay in the party lasted only for two years following serious differences with the party leadership. The BJP courted him and got him on board. Hardik will be contesting from Viramgam in Saurashtra. The BJP is not only hoping to wrest the constituency from Congress but hopes his presence has an influence in Patidar-dominated areas of Saurashtra.

Barely two hours’ drive from Hardik’s constituency, almost the same story is being played out in Gandhinagar South constituency where Alpesh Thakore is contesting on a BJP ticket. Like Hardik, Alpesh too was a spanner in BJP’s march to poll glory in Gujarat.

Thakore, a strong OBC leader in North Gujarat, founded the Kshatriya Thakor Sena in 2011 but came into the limelight when he started an agitation to rid his community of liquor addiction. Like Hardik, his stir was also aimed at targeting the state government and had some impact on the BJP’s fortunes on a few seats in North Gujarat in 2017. He himself contested on a Congress ticket and won from the Radhanpur assembly constituency. But much water has flown ever since.

Now, Alpesh is one of the prominent OBC faces of the BJP in the North Gujarat region where his community holds key to winning seats. “For striking a delicate caste balance, having him on board has a major advantage. The OBCs won’t feel that we are wooing just the Patidars. Alpesh can not only win the seat for us but influence other adjoining seats in the region as well,” said a BJP leader in North Gujarat.

A little further North, the third member of the troika that once impacted the BJP, hasn’t crossed over. Dalit leader Jignesh Mewani, 41, is contesting as a Congress candidate from Vadgam constituency. In 2017, he had contested as an Independent and with Congress tactically avoiding putting up a candidate on that seat, Mewani had won. He had joined Hardik and Alpesh in the campaign to target the BJP in the run up to the assembly polls in 2017. He still continues but with the Congress party in shambles in the state, it remains to be seen to what extent he would be able to woo the Dalit votes.