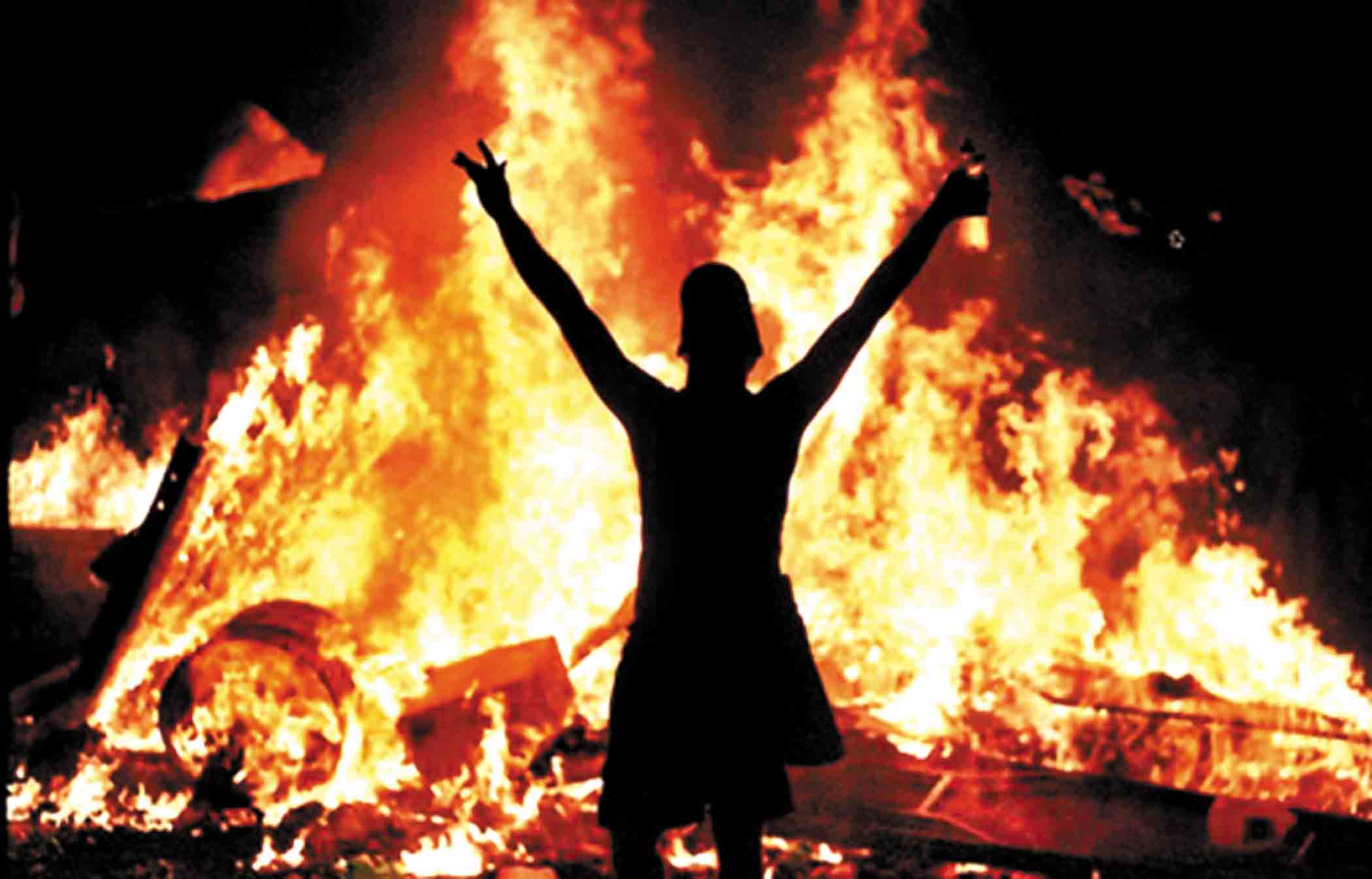 As riot after riot is engineered in Madhya Pradesh, it seems that the communal cauldron is kept boiling only to garner votes for the two mainstream parties

When Shivraj Singh Chauhan announced a few months back that his party and the government in Madhya Pradesh will follow the Narendra Modi formula to win the forthcoming Assembly elections, people could not understand what was he was hinting at. BJP leaders explained that the chief minister wants to repeat the development agenda of Gujarat. Now Uma Bharati is alleging that the communal riots in Burhanpur were “pre-planned and the BJP is responsible for that”. Only then did people get a clue about what exactly is being planned for the state.

In just four months, the state has observed many incidents of shameful communal violence. It started from the bandh sponsored by the BJP on Amarnath land issue, which set Indore city on fire in July, with nine innocent people losing their lives, eight from the minority community. Now the state is witness to communal riots in Burhanpur, a southern city of the state, where again nine people died and dozens were injured. If, as the Congress fears, the BJP is engineering riots in towns like Burhanpur to polarise the voters on communal lines, people, especially the minority community of the state, are living a nightmare.

Digvijay Singh, general secretary of the Congress party, while talking to CURRENT, said, “I have already said number of times that communal riots can not happen if the chief minister does not want.”

CURRENT visited the riot affected areas of Burhanpur to probe what exactly happened there. Burhanpur is a beautiful town on the bank of Tapti river close to the Maharashtra border, around 300 km from Bhopal.  Police says that the trouble started on the eve of Dussehra (October 9) when a religious procession was passing through a Muslim-dominated area of Burhanpur. Locals organise a three-day ‘Balaji (Hanuman) Mela’ right after Dussehra and a ‘rath’ with a Hanuman idol is taken out through the main thoroughfares of the town.

According to police, the miscreants pelted stones on the ‘rath’ as it was passing through the area. This sparked clashes between the two communities. The administration tried to control the situation by organising a peace meeting of religious leaders but it did not work.

Almost immediately, the town turned into a battlefield. Shops in Gandhi Chowk area were set on fire by a group of rioters, while another group attacked the police. Additional policemen were rushed to the town. Later curfew was imposed on the town.

Burhanpur SP Sunil Jain said, “Whatever the police could do to bring the situation under control was done. Shoot-at-sight orders were issued and the entire town brought under curfew.” Additional forces were rushed from neighbouring  Indore, Dhar and Khandwa.

Many injured were brought to the hospitals of Indore. When this correspondent spoke to the riot-affected minority people, they had only one story to tell: “When the administration and police are mute spectators, we have nothing to say. If we say the truth, even then local media is not going to publish it. If at all they highlight the reality, nothing happens. So leave us on our own destiny.”

When this correspondent visited Mayur Hospital in Indore where some of the injured were admitted, the shocking news was that the local administration has warned the hospital authorities not to admit any of the riot injured. The irony is the owner of this hospital are also Muslims. The chairman of the hospital trust Haroon Siddiquee told CURRENT: “We are running a hospital. How can we deny admitting anybody who comes to us?” “It is our duty to immediately provide medical aid to whosoever comes to us,” says Dr Riyaz Siddiquee. But at the same time the family does not want to blame anybody. Reason is obvious. Congress chief spokesperson KK Mishra says, “They had a bad time when their hospital was targeted by VHP and Bajrang Dal activists. There is no rule of law in the state. Minorities are not safe here.”

It is again an irony that no action was taken against anybody responsible for riots in Burhanpur. When Bharatiya Jan Shakti (BJS) president Uma Bharati threatened that she will observe a ‘fast-unto-death’, if the government does not take action against those involved in Burhanpur riots, then only were some people booked.  She told CURRENT, “Communal riots in Burhanpur are a conspiracy of the BJP and the Congress to divert people’s attention from their failures on all fronts.”

She named local BJP MP Nand Kumar Singh Chauhan and NCP MLA Hamid Qazi for ‘orchestrating’ riots with the aim of polarizing the two communities in view of the Assembly and Lok Sabha polls. She may be blaming both the parties but her intentions are also very clear. She demanded action against Qazi for the death of two BJS workers, Rakesh Shukla and Deepak Bhavsar, who were allegedly killed in the riots.

In a letter to Union home minister Shivraj Patil, state Congress chief Suresh Pachauri said that the ruling BJP may engineer riots to polarise the voters on communal lines.

Talking to CURRENT in Bhopal, he said that the report of the three-member Congress delegation on the situation in Burhanpur town has also worried the party following which he has decided to write to the Union home minister.

The MPCC chief also said that the ruling party will adopt such tactics as its credibility is declining with the approaching polls.

He urged the Union minister to direct the concerned persons in this regard and also ensure peace and harmony in the poll-bound state.

But PWD minister and one of the most powerful BJP leader of the state, Kailash Vijayvargiya, is not ready to accept any of these allegations. He told  CURRENT that it is the handiwork of SIMI workers, who are responsible for creating communal tensions throughout the state. Vijayvargiya has been targeting SIMI since the July riots in Indore, though National Commission of Minorities which visited riot-affected areas and spoke to the members of both the communities categorically said that SIMI was not involved in the riots of Indore.

Senior Congress leader Aslam Sher Khan, who was prevented by the police from entering the riot-hit town, says that the ruling BJP will have to pay a ‘heavy price’ for the communal violence in Burhanpur town. He said the issue is serious and Congress party feels its moral duty to be with violence-affected people.

Congress leaders may be claiming that they are trying their level best to restore the feeling of safety in minorities, but when we spoke to the leaders of different Muslim organizations, they do not agree with this. They don’t want to be named due to obvious reasons, but confide that Muslims are not happy with Congress also. They say, “Congress party is like police, it also comes after the incident took place. Then they shed the crocodile tears. They think we don’t understand their dual and diplomatic policy? Then they are wrong. If Congress is really serious about the safety and security of the minority, it should send some firm signals from the Centre, where it is in power. Even after the two major riots, no Central leader of the Congress party visited us.”

One of the seniormost retired Muslim officers told CURRENT, “We are now seriously thinking of openly supporting BJP. When we have to live here, our next generation has to earn their bread and butter, why should we sacrifice ourselves for Congress in the name of secularism?” Madhya Pradesh is witnessing riot after riot. The situation can worsen in coming days.