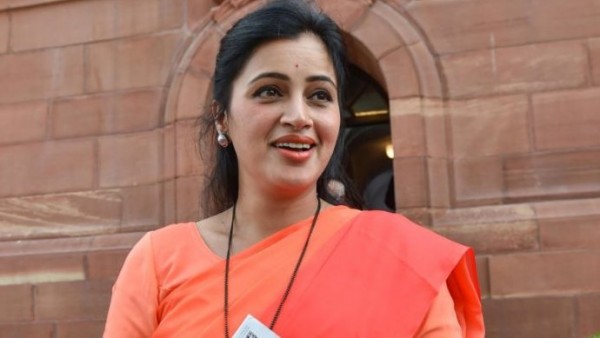 In a huge jolt to Amravati Lok Sabha MP and ex-filmstar Navneet Kaur Rana, the Bombay High Court's Nagpur Bench strikes down the caste certificate issued to her on grounds that it was obtained fraudulently using fabricated documents.

A division bench of Justice R.D. Dhanuka and Justice V.G. Bisht, while cancelling and confiscating the caste certificate, has ordered her to a pay a fine of Rs 2 lakh to the Maharashtra Legal Services Authority within a fortnight.

Rana is the wife of independent MLA from Badnera, Ravi Rana, the founder of Yuva Swabhiman Party (YSP) and is a relative of yoga guru Ramdev Baba.

The court noted that Rana’s claims of belonging to the ‘Mochi’ caste’ for obtaining a Scheduled Caste certificate itself was fraudulent and made with the intention to obtain various benefits available to a candidate from such a category despite knowing she does not belong to that caste.

“The application (for caste certificate) was made intentionally to make a fraudulent claim to enable the respondent no 3 (Rana) to contest the election for the post of Member of Parliament on a seat reserved for a Scheduled Caste candidate,” it said, adding that “all consequences of law” would follow.

The caste certificate was issued by the Deputy Collector of Mumbai in August 2013 and validated by the District Caste Certificate Scrutiny Committee (DCCSC), Mumbai Suburban, in November 2017, which was challenged by Adsul and social worker Raju S. Mankar of Amravati.

Adsul contended that Navneet Kaur hails from Punjab and belongs to the Labana caste, which does not fall in the SC category in Maharashtra.

“The application thus itself was made intentionally to make a fraudulent claim to enable Rana to contest an election for the post of Member of Parliament on a seat reserved for a Scheduled Caste candidate,” the high court said in the verdict.

Justice Dhanuka and Justice Bisht further said that Rana intentionally made a false claim for the SC certificate and then got it validated fraudulently from the DCCSC and continue to avail benefits fraudulently, though Rana’s original birth certificate did not mention her caste as ‘Mochi’.

The judges also frowned on the DCCSC for doing its job “rather sloppily” and shirking its obligations and said that the terms ‘Chamar’ and ‘Mochi’ are not synonymous but are different identities.

Rana had claimed that she belonged to the ‘Sikh Chamar’ and the ‘Ravidasiya Mochi’ caste, which the high court found ‘contradictory’ to each other.

The court sternly said that the DCCSC had caused “injustice” to the petitioner (Adsul), since a wrong caste validity certificate granted to someone who does not belong to that caste may deprive a genuine and deserving person belonging to such a reserved category of the caste of the benefit prescribed by the Constitution. (IANS)