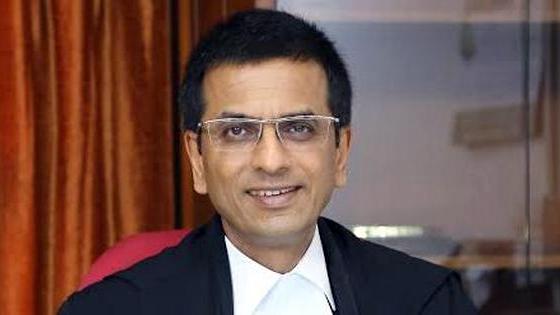 The judiciary and the Modi government have been in a war of words over judicial appointments. While this debate is not new, the intensity has increased since a new chief justice, DY Chandrachud, took office in November.

On January 11, Vice President Jagdeep Dhankhar criticised the basic structure doctrine that the Supreme Court devised in 1973. This precept maintains that the legislature cannot make amendments that would remove essential features of the Constitution.

Raju Ramachandran is a senior advocate at the Supreme Court of India and was an additional solicitor general of India from 2002 to 2004. Having long been a critic of the basic structure doctrine and the collegium system, Ramachandran shares his views on these topics to Scroll.in, about the use of the doctrine against a majoritarian government and the recent tussle between the executive and the judiciary regarding judicial appointments.

You have previously been against the basic structure doctrine. However, its proponents say that the doctrine is necessary to check on the excesses by different organs of the state.
What do you think about that: If there was no basic structure doctrine, would a powerful government like we have now not try to subvert essential features of the Constitution?

But I said somewhat naively then [laughs], in 2000, that the days of brute majorities are over because we had entered the coalition era and changes can only be brought by consensus.

Now it looks like the days of brute majority are back and are here to stay. So suppose the secular nature of the Constitution is to be done away with, then it is the basic structure doctrine that will save the Constitution.

And therefore one can only hope that no major changes of that kind are on the anvil, because if they are, then we will have to rely on the basic structure doctrine in spite of its problems.

How do you perceive the latest tussle between the judiciary and the executive that has been going on now for some time but has heightened since Justice Chandrachud became chief justice?

These are still early days. It is very difficult to predict with accuracy where it will end. But it is clear that the government is not happy with the functioning of the collegium. It has made its unhappiness to the NJAC [National Judicial Appointments Commission] judgment known.

So one possibility is that the government comes up with another version of the NJAC avoiding the infirmities which were pointed out in the NJAC judgement. Because if it repeats the same thing, then the Supreme Court is bound to strike it down.

But if it avoids the infirmities, then the government can bring about an amendment that brings about some improvements over the present system.

Right now the government have also written a letter to have a government nominee on a selection committee. Can this be done legally and would this be a backdoor way of having another National Judicial Appointments Commission?

On the government’s request, no one can be added to the collegium, since it has been created by a judgment. From news reports, that is what it seemed like. However, now it is clarified that they want a government nominee in the search committee.

And if the advocate general of a state [or the attorney general of India] is also part of a search committee, then there is no further need to have a government nominee.

Conceptually, there is nothing wrong in having a search committee that is broad based. But what kind of nominee the government has in mind when it makes the suggestion is anyone’s guess.

Do you think having a government nominee can impede the impartiality of the process?

Yes, it can. Although if a constitutional functionary is there, such as the advocate general, then it can still work.

What the government seems to want is that by having its representative, it will influence the choice of judges in such a way that it has the kind of judges who it [the government] feels should be on the bench.

Why do you think that the center is going about this by writing letters and making speeches in public and not like passing a law or an amendment which is squarely in their control?

I cannot speculate on what were the center’s reasons for doing so. But it is also possible that it is building up the ground for that [legal amendments] by saying we tried by writing a letter but that is not happening. Therefore, we are bringing about a legal change.

Previously, you have also criticised the collegium system. So right now that given again that in the face of a strong executive, like today, who do you think should have the power to finally appoint judges?

On the principle of accountability, the appointment of judges cannot vest exclusively with the judges on the ground that they know best about which lawyers are practising before them, etc. And I will not change my view only because I, like many others, am uncomfortable about the intentions of the present government.

The selection has to be more broad-based. So from that point of view, the collegium system is not satisfactory. But the answer is not an NJAC, which gives primacy to the executive.

So while I am okay with the collegium recommending names to the government, it [the collegium] must be more broad-based, including people from the legal profession also.

Recently, the Centre has not accepted names despite multiple reiterations by the collegium. What do you think about that?

I wish the collegium would stick to it and find ways of enforcing it. It’s all right to say, in theory that once we [collegium] reiterate, you [government] are bound to appoint. Because the government has been heard. We can presume that it has given due weight to the government’s objections.

And if in spite of those, it finds no reason to withdraw that name, then the government should appoint. The court must find ways of enforcing the collegium’s directives. Since if you refuse to give effect to a collegium decision that means you are defying the judgment which says that the collegium reiteration should be final.

The court should not wait indefinitely now. It should think of issuing a writ of mandamus for appointment once the procedure has been followed, that is, once the names have come back, and they have been reconsidered and reiterated.

You have also written that the Parliament needs to take back the shared space of the Constitution taken away by the basic structure and the collegium case. Do you think that still needs to happen? And how?

Today, when you are finding that there is a pushback against the court, there’s no question of Parliament reclaiming more space. Currently, the executive has claimed a lot of space.

The non-appointment of Saurabh Kirpal is enough to show the court that the court is falling short on enforcement of its own judgment. Recently, from Karnataka High Court, an advocate Nagendra Ramachandra Naik’s name was reiterated for the third time, why should it be so? He should be appointed [without reiterations].