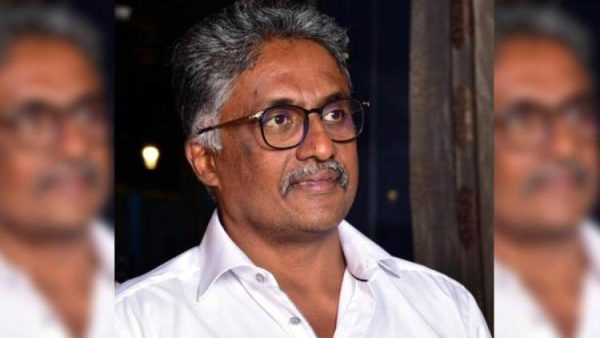 NS Nandiesha Reddy won the MLA seat in KR Puram in 2008. In his 2018 election affidavit, he mentions Chilume Trust and Chilume Group as two creditors he's paid advances to.

Former BJP MLA Nandiesha Reddy describes himself as an agriculturalist and businessman. He lost the KR Puram MLA election in 2018, but his affidavit — where he declared assets worth over Rs 300 crore that year — has an interesting nugget of information. He paid Rs 17.5 lakh as an advance to Chilume Trust, and Rs 50,000 as advance to Chilume Group. Chilume Trust is the NGO that illegally collected precious voter data in Bengaluru this year as exposed by a TNM investigation along with Kannada publication Pratidvani. The voter details were uploaded to an app run by a private company that provides ‘election management’ services. The founder of Chilume, Krishnappa Ravikumar, told TNM he has been conducting such ‘surveys’ since 2014.

So why exactly did this former BJP MLA and 2018 Karnataka election candidate pay Rs 18 lakh to Chilume as an advance? What services did Chilume Trust — the NGO — provide him with?

Speaking to TNM, Nandiesh Reddy said, “I paid for a survey of voters’ roll for KR Puram Assembly constituency. I had complained to ECI in 2017-2018 that there were irregularities in the voters’ list in my constituency. I had asked Chilume to conduct a survey and give me information. Others might have used them today for other purposes, I don’t know anything about that. But back then, it was for ensuring that the voters roll was correct and there were no errors. And I paid the amount from my account.”

He also said that Krishnappa Ravikumar of Chilume was his single point of contact from the organisation. “He came to me directly. He introduced himself saying his office was in Malleswaram and he has been working with several people in a similar manner and I too hired him hoping for more information. I could have given him cash if I wanted to hide. But I paid him by cheque and showed it in the affidavit,” Nandiesh Reddy told TNM.

It is to be noted however that in 2018, the expenditure limit set by the Election Commission for a candidate contesting Assembly elections was Rs 28 lakh, and Nandiesh Reddy spent at least Rs 18 lakh on Chilume’s services.

Earlier this year, Chilume Trust was allowed to conduct voter awareness by the Bruhat Bengaluru Mahanagara Palike (BBMP), the city’s municipal body, through a government order. The order stipulates that the organisation given the contract should not be associated with any politician or political party or group. Nandiesh Reddy’s revelation that he paid money to Chilume for electoral roll related work raises further questions about whether the BBMP conducted a background check on the organisation before releasing the Government Order. The Government Order clearly states that Chilume cannot have links with any political organisation.

TNM found that the order was given after Chilume themselves approached the state and offered to provide voluntary services. However, for this voluntary exercise — that they later misused to illegally collect voter data — Chilume hired hundreds of youngsters from across the state, made them impersonate government officials, and promised to pay them anywhere between Rs 15,000 and Rs 25,000 every month.

Further, their contract with a sub-contractor says they will pay Rs 20 per voter verification, Rs 13 for identification of every new voter, and Rs 13 for every verified Form 7 filled by the sub-contractor. Form 7 is the application form for ‘objection for proposed inclusion/deletion of name in existing electoral roll’.

If the BBMP did not fund this exercise, where did Chilume get the money from to pay their sub-contractors and hundreds of workers hired to do this work?