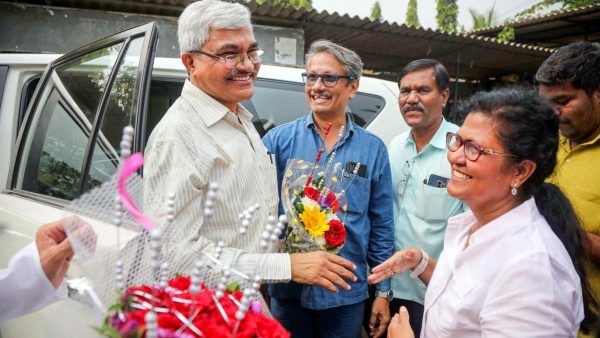 The National Investigation Agency (NIA) court on Friday evening has issued a release memo for Prof. Teltumbde. Special judge R.J. Katariya permitted him eight weeks’ time to furnish cash bond of ?1 lakhs. He is directed to be stay in Mumbai, within the jurisdiction of the court.

On Friday morning, a division Bench of chief justice D.Y. Chandrachud, and Justice Hima Kohli at the Supreme Court dismissed the special leave petition filed by the NIA challenging the bail granted to Prof. Teltumbde by the Bombay High Court on November 18.

The High Court’s Bench of Justices A.S. Gadkari and Milind Jadhav had noted, “Prima facie the only case made out against him relates to alleged association with a terror outfit and support given to it, for which the maximum punishment is 10 years in jail, and he has already spent more than two years in prison.”

Prof. Teltumbde had surrendered before the NIA office in Mumbai on April 14, 2020, after the Supreme Court denied him any relief. He was initially taken into NIA custody and is now lodged at the Taloja Central jail. He has been the managing director and CEO of Petronet India Limited, an Indian Institute of Management graduate who taught at the Indian Institute of Technology. He has been booked in the Elgar Parishad case for his alleged links to the banned Communist Party of India (Maoists). He has been charged with several sections of the Indian Penal Code and the UAPA.

Prof. Teltumbde and 15 others were booked by Pune police where an offence was registered on January 8, 2018, alleging that they were spreading hatred through provocative songs, plays and speeches at Shaniwar Wada on December 31, 2017, which led to violence following the incident at Bhima-Koregaon.

Other accused in the case – Advocate Sudha Bharadwaj has been granted bail and Varavara Rao has been released on medical bail, Gautam Navlakha has been allowed house arrest owing health conditions and Father Stan Swamy passed away in jail on July 5, 2021.