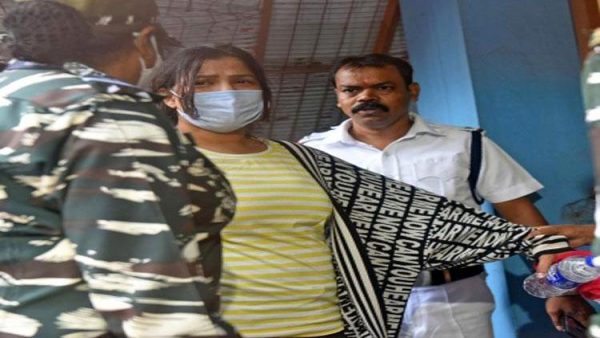 The Enforcement Directorate (ED), probing the multi-crore West Bengal School Services Commission (WBSSC) recruitment scam, says it has made major headway in its probe by being able to retrieve data details of all the high-end Apple iPhones recovered from the residences of Arpita Mukherjee, the close aide of former West Bengal Minister, Partha Chatterjee.

ED sources said that a total of 22 such high-end mobile phones were seized from the two residences of Mukherjee, the first being at the Diamond City housing complex at Tollygunge in south Kolkata, and the second at Belgharia in the northern outskirts of Kolkata.

All these mobile phones were locked by using a combination and since retrieving data from Apple iPhones is often a more difficult proposition, the ED sleuths took help of special experts in the field in doing so and finally on Thursday afternoon the central agency officials began to retrieve the data details from these mobile phones.

The ED sleuths are currently analyzing the date retrieved including different WhatsApp messages. The officials believe that once the analysis of the data is completed, they will be able to find more important clues about the multi-crore scam, especially about the others involved directly or indirectly with the scandal.

“Our officers are working virtually 24×7 to procure as many clues as possible. The more substantive clues we procure, the stronger will be our case in the court and more convincing will be our plea for further extension of custody, if necessary,” an ED official said.

The ED has to present Chatterjee and Mukherjee at a special Prevention of Money Laundering Act (PMLA) court again on Friday.

Document for the purchase of land jointly by Partha Chatterjee and Arpita Mukherjee in 2012 at Bolpur-Santiniketan in West Bengal’s Birbhum district has his college-day picture.

In fact, ED sources said, that Chatterjee unknowing left the trail of his college day picture in the social media in November last year, after the sudden demise of veteran Trinamool Congress leader and the former West Bengal panchayat minister Subrata Mukherjee, whom Partha Chatterjee has often declared as his political mentor.

After the demise of Mukherjee last year, Partha Chatterjee shared his college- day photo with Subrata Mukherjee, when both were active leaders of Congress’s student wing in West Bengal, Chhatra Parishad. Young Chatterjee’s face in that photo, with black and thick French-cut beard, is exactly identical to the photo that he submitted with the purchase document of the land.

The land purchase document in 2012 shows that the close association between Arpita Mukherjee and Partha Chatterjee started much before the latter became West Bengal Education Minister. In 2012, or a year after the Trinamool Congress came to power ousting the 34-year-old Left Front government, Chatterjee was the state Commerce and Industries and Parliamentary Affairs minister. He became Education Minister in May 2014 and continued in that chair till May 2021.

After the 2021 West Bengal Assembly polls, Chatterjee was again given the portfolio of Commerce and Industries and held it till July 28, when he was stripped of all his ministerial and party charges.

ED sources said that on that land there is now a luxurious mansion christened “APA” – deemed to be derived from the first letter of her name and first two letters of his name.

Although the purchase document of the land in 2012 was jointly in the name of Partha Chatterjee and Arpita Mukherjee, after the construction of the mansion, its mutation was done in 2020 and that certificate was issued only in the name of Mukherjee. (IANS)