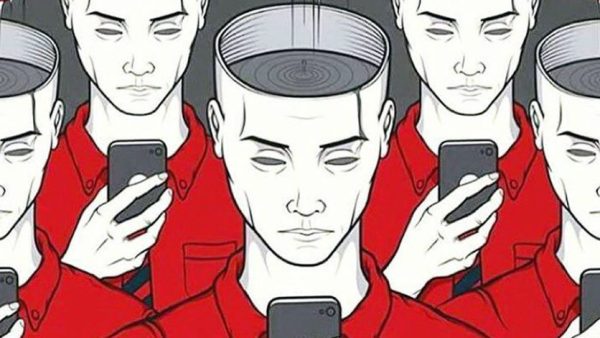 Instead of rushing an injured man, bleeding from a head wound, to hospital, villagers in Madhya Pradesh filmed him on their smartphones until he died. What prompted this behaviour? Is it the nature of smartphones that has inured them to human suffering or is it their inherent indifference that caused them to use the technology the way they did?"

On the night of 14 December 2022, an unnamed 17-year-old boy hacked Sanjay Malviya, 22, on his head with a sword during a quarrel over a loan of Rs 2,500. As Sanjay lay bleeding on the ground in a village in the Shajapur district of Madhya Pradesh, he begged the gathered crowd for help. Not one person came forward. Instead of taking him to the nearest hospital, many in the crowd pulled out their mobile phones and recorded videos of the bleeding, gasping young man in the throes of death.

The headline of the 16 December 2022 Times of India report reads, “MP youth bleeds to death as people look on, take videos”.

‘In India, human life has no value’ has been a self-perpetuating trope for decades. That vast numbers of the humans of India are so desensitized and ground down by their daily misery that they don’t really care whether another lives or dies, could also probably be true. After all social media is littered with videos of mobs and cops thrashing people so viciously that they died. But that, even in the absence of religion or caste-fuelled mob fury, these villagers would rather record a video of a fellow human bleeding to death instead of helping him? I’m stumped.

Is it us or is it the smartphone? And the unending barrage of mindless, dehumanising, anonymised and repetitively shared “content” – memes, videos, audio clips, images – that comes surfing over 4G (and now 5G) airwaves into our smartphones and into our minds.

Why did the crowd of everyday regular people film another regular person bleeding to death? Was it for personal record or was it to share on WhatsApp, Twitter or Facebook?

What is it about social networks that motivate people to record and share not just memes and selfies but stuff that is shocking and/or gruesome? Is the increased algorithm-driven engagement on Twitter and Facebook creating a soulless monster inside us or is it just waking it up? Is it social media or is it who we actually are?

An average Twitter account has 707 followers and an average Facebook user has 338 friends. Comparatively, WhatsApp permits 1,024 members in each group and each user can be a part of multiple groups and they can message everyone on their contacts list.

On Twitter and Facebook, not everything that you post will make it to the feed of every follower and friend. This is by design. The user’s attention and information are the currency of social media. The more time users spend on these platforms, the more advertising Twitter and Facebook sell and the more money they make. To do this they have to make their platforms addictive which is why the platforms run algorithms that reportedly favour those kinds of posts that generate a lot of response or engagement. When posts generate a lot of engagement, even if the reactions are negative, shocking and hateful, the algorithm increases the reach of such posts, this in turn generates increased engagement in terms of likes, forwards, comments and more followers. The companies create a vicious cycle in which users posting certain kinds of ‘content’ are rewarded with greater engagement prompting them to post even more of that kind of content. Studies have shown that negative and divisive content gets the most engagement. The algorithm learns from our posts and reactions and we learn from the algorithm.

WhatsApp however, is different as it is primarily a messaging application. So, every message that you send will reach every person that you send it to. WhatsApp has no control over the number of messages you send or the type of messages you send. Whether or not the recipient will open, read and respond to the message is up to them, but it will reach them for sure. It has evolved beyond plain messaging with groups and broadcasts and users have the facility to respond to the posts of others with emojis, private and public messages and forwards. The engagement on WhatsApp is not driven by an algorithm. It is organic, it is human.

While the potential reach of a particular post on Twitter and Facebook is driven by an algorithm, on WhatsApp it is driven purely by humans. A political party may employ an army of human drones to blast out propaganda and disinformation to thousands of groups, but how the recipient responds to that post and whether he or she forwards that post to their contacts and groups depends on that person and on that person alone. And of course, what will be the “user-generated content” – as the bulk of digital media on these platforms is called – also depends solely on the person creating or sharing that piece of text, image or video. Will it be dew drops on flower petals at sunrise or will it be the rasping, airless gasps of a dying man, slowly bleeding to death as he begs for help from an uncaring crowd?

I don’t know how many of the people that filmed the dying man are on Twitter and Facebook but I can be sure that WhatsApp is on all of their phones.

What prompted those people to film a bleeding, dying man instead of helping him? Would you have watched that video if you received it on WhatsApp?

If it isn’t the algorithm, it must be us.