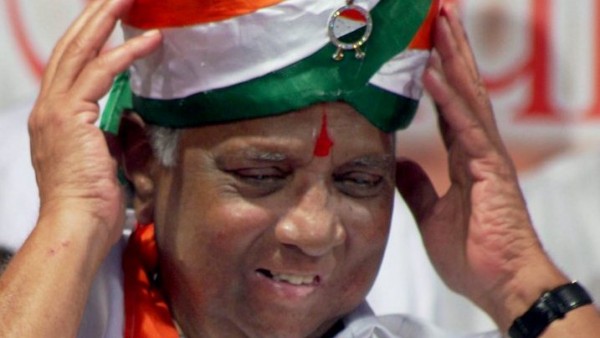 NCP chief Sharad Pawar says he will start discussions with opposition parties including regional groups in a bid to present an alternative formation to defeat the BJP in the Lok Sabha elections and the issue of Prime Minister can be decided after the polls.

Addressing a press conference after the NCP’s National Convention here, he said he had already held “informal” meetings with many including Congress President Rahul Gandhi.

“I honestly feel it is better to resolve the issues statewise among non-BJP parties and form a viable alternative in the states to replace the BJP from the particular state and ultimately from the national level,” he said.

Pawar said his party had on Wednesday given a green signal to his plan of bringing regional parties on board through discussions.

“Informally, I have discussed the issue with many. But, officially, I have not held discussions yet. Now, I will start as my party has given its approval… There are some difficulties but it is possible.”

The NCP chief said his party had discussed the plan with Congress and Peasant and Workers Party in Maharashtra.

“We have come together and decided to face elections collectively. Of course, detailed discussions regarding ticket distribution and others will be completed in next 2-3 months. We would like to create the same situation in other parts of our country.”

He said he may hold discussions with Aam Aadmi Party (AAP) and Telangana Rashtra Samiti (TRS) as well.

When asked if he would be an alliance maker, Pawar said he was taking the lead and he had “no personal interest”.

“I can definitely say the person who is taking interest or initiative, he should not be the candidate (for Prime Ministership). So I have no personal interest. So one who does not have personal interest, I think it is easy for him to discuss with others.”

Pawar said said the discussion on the opposition’s Prime Ministerial candidate was not an important issue “at this stage”.

He said Morarji Desai and Manmohan Singh were declared Prime Minister in 1977 and 2004 after the elections.

“We never projected anyone as a leader. We just sat together and discussed various leaders. And Manmohan Singh was elected as leader of that formation, UPA, and for 10 years we provided stable government. So projecting A or B is not very important at this stage.”

Pawar said the BJP may take the help of “all forces” including investigating agencies to apply pressure on regional parties.
Launching a strident attack on the Modi government, Pawar on Wednesday said the country was gearing up to “overthrow” the “communal” forces in the forthcoming parliamentary elections.

“I am deeply concerned with the NDA government’s policies and actions that are nothing but a divisive, destructive and disruptive propaganda and a looming threat to the integrity of the nation,” he said in his Presidential speech at the day-long national convention of his party here.

Asserting that the country was in the grip of communal politics, Pawar said the right-wing saw no contradiction between communalism and development.

“Their view is that communalism will unite the largest group in India and when minorities perceive them as united, they will join the mainstream as politically junior partners. We are a nation of diverse cultures, sects and religions and can only stay united with a secular thread of humanity. ‘One religion, One nation’ theory is absurd, impracticable in India’s context,” he said.

“We are in a year when the country is gearing up to overthrow the communal forces that have come to power at the Centre,” he said, declaring that NCP had always remained committed to a just, secular and modern India.

Attacking the government over its performance in various sectors of economy like agriculture and employment and the “economic adventurism” of demonetization, the former Union Minister said: “We cannot let this stage of affairs continue any longer. What future could be there for a country where an atmosphere of fear looms large, where people are reeling under unemployment, where farmers and labourers are being systematically impoverished, where the economy is being manipulated for the benefit of a handful of people?

“We must close our ranks and put up a joint fight to end this reign of fear, communalism and opportunism.”

Pawar said: “All the promises the BJP made in its election manifesto remain unfulfilled. People are disillusioned with their false promises. The recent by-elections held in different parts of the country have shown the people’s verdict against the Modi government.”

The NCP chief said an unprecedented shutdown of the Kashmir Valley with escalated militancy, massive street protests and daily exchange of firing across the border could be linked to the lack of a dialogue.

He accused the Modi government of being “most anti-farmer” and its claim of having increased the prices of agricultural crops by 150 per cent over the production costs was a “complete eyewash”.

He said the “economic adventurism” of the 2016 note ban had subjected the whole country to extreme stress.

“There is an evergreen American saying, if it ain’t broke, don’t fix it. In other words, if something is not seriously in need of repair or functioning normally, do no try and repair it; it may backfire or get worse.”

He said Modi’s advisors were obviously unaware of this wisdom. Or why else would they have indulged in demonetization and the hastily-conceived and poorly-executed Kingdom of GST, he asked.

Pawar said just over two years the economy was moving at a decent pace of 8 per cent growth, inflation was under control, FDI was pouring in and the markets were booming. “It didn’t need fixing. It needed more priming and it was ripe for reforms.

“But Modi with his fantastic ideas took decisions which put the country in peril,” he added. (IANS)