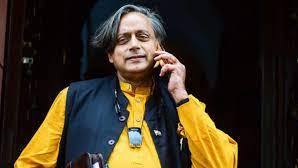 The Congress is set to have a non-Gandhi president for the first time in over 20 years. Ashok Gehlot, a Gandhi family loyalist, will run for party president opposite Shashi Tharoor, who is among those in the party who want major internal reforms.

Shashi Tharoor, a former Union Minister, was the first to declare his intention to run for a post that has been with the Gandhis — either Sonia Gandhi or her son Rahul — for much of 25 years. He is a prominent member of the Congress’s G-23 or group of 23 leaders who had written to Sonia Gandhi in 2020 calling for an organizational overhaul and blaming the party’s downspiral on a leadership drift.

Tharoor met with Sonia Gandhi, who is just back from a trip abroad for a medical check-up, this afternoon and got her go-ahead to contest the October 17 election.

Within hours, the fight for the Congress top post became considerably tougher with Ashok Gehlot emerging as the other candidate. The Rajasthan Chief Minister, a staunch Gandhi family loyalist, had been pressing for Rahul Gandhi’s return as party chief until recently. He is likely to win support among those batting for status quo and a return of Rahul Gandhi at the top post.

Gandhi had taken over as the interim chief of the party after Rahul Gandhi had stepped down from the post after the 2019 elections defeat.

Rahul Gandhi, who is currently leading the party’s “Bharat Jodo” yatra, has firmly refused to return as president despite unrelenting demand from a section of Congress leaders.

Spurred by Gandhi family loyalists, Congress units in three states have called for Gandhi’s nomination as the chief – supporting the suspicion of many that the Gandhis would retain control of the party with or without an election. More such requests are likely to come in as the election gets closer.

This morning, Tharoor had signed a petition by a group of young party members calling for a revamp. The petition had referred to the party’s “Udaipur declaration” made in May, which commits to fair elections and rules like one candidate per family and one person per post, besides a five-year cap on party posts.

The elections will take place against the backdrop of exits by a number of key leaders over the last year – including Kapil Sibal, Jaiveer Shergill, Sunil Jakhar, Amarinder Singh, RPN Singh, Ashwani Kumar and Hardik Patel. The latest on the list is senior leader Ghulam Nabi Azad, whose exit was emulated by most leaders of the party’s Jammu and Kashmir unit.