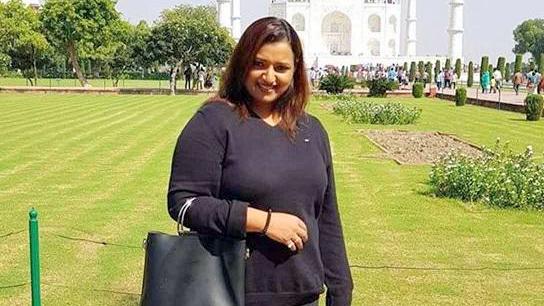 A day after Swapna Suresh, a prime accused in the infamous gold smuggling case joined HRDS India, an RSS backed NGO, things turned turtle after a rift broke out between NGO officials over her appointment and state BJP president K. Surendran who said that the BJP has nothing to do with the NGO.

Former Congress Union Minister and presently a BJP leader based in Delhi- S. Krishnakumar, who is the chairman, said the board has no clue of the appointment of Swapna Suresh and if it’s done then any salary paid will be recovered from those who have appointed her.

Reacting to it was Biju Krishnan, project director of the NGO who said that six months back Krishnakumar was ousted from the post of chairman and that her appointment is valid and it stays.

Joining issue was Surendran who said the BJP has no role in it and it was Chief Minister Pinarayi Vijayan who had released the logo of the NGO and the previous State Electricity Minister and presently a CPI-M legislator, when he was the minister, had opened their office at his home district in Idukki.

“Everyone knows the person who is in the NGO and his political antecedents as he was a student leader of the CPI-M backed SFI,” said Surendran.

Incidentally, on Friday Swapna reached the NGO’s Thodupuzha office in Idukki distinct and took up the post of director-Corporate Social Responsibilities.

The NGO has operations in Tamil Nadu, Gujarat, Tripura, Assam, Jharkhand besides Kerala.

Early this week, Swapna presented herself before the Enforcement Directorate after she was served a notice in the wake of new revelations against co-accused and top IAS official M. Sivasankar, who also was in jail and after getting bail, has been reinstated.