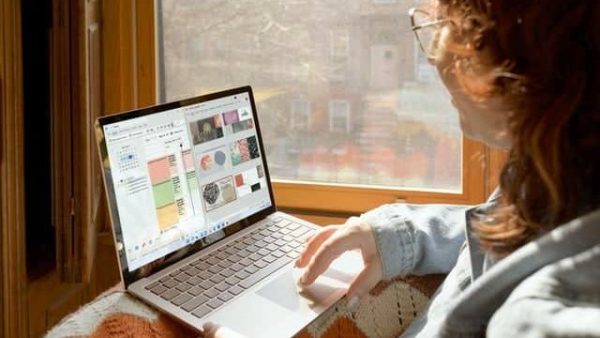 The new guidelines named 'Endorsement Know Hows - for celebrities, influencers and virtual media influencers (Avatar or computer generated character) on social media platforms' has been issued by the Department of Consumers Affairs.

The government on Friday made it mandatory for social media influencers to disclose all “material” interest such as gifts, hotel accommodation, equity, discounts and awards when endorsing any products, services or scheme, failing which strict legal action, including ban on endorsements can be taken.

The disclosures should be in simple and clear language, should be of duration that is hard to miss, must be run with endorsements, including live streams and should be platform agnostic.

The regulations are part of continuing efforts to curb misleading advertisements as well protect the interests of consumers amid the expanding social influencer market which is projected to grow 20 per cent annually to reach Rs 2,800 crore by 2025.

The new guidelines named ‘Endorsement Know Hows – for celebrities, influencers and virtual media influencers (Avatar or computer generated character) on social media platforms’ has been issued by the Department of Consumers Affairs.

In case of violation, the penalty prescribed for misleading advertisement under the Consumer Protection Act 2019 will be applicable.

The CCPA can prohibit endorser of a misleading ad from making any endorsement for up to 1 year and for subsequent contravention, prohibition can extend up to 3 years.

Launching these guidelines at a press conference, Consumer Affairs Secretary Rohit Kumar Singh said the guidelines have been issued under the ambit of the CCPA that provides framework for the protection of consumers against unfair trade practices and misleading advertisements.

He hoped that the guidelines would act as a deterrent for social media influencers.

“It’s a very important subject. The size of social influencer market in India in 2022 was of the order of Rs 1,275 crore and by 2025, it is likely to rise to Rs 2,800 crore with a compound annual growth rate of about 19-20 per cent. The social media influencer of substance, which means those having good number of followers, are in excess of 1 lakh in the country,” Mr Singh said.

The secretary said the social media influencing is here to stay and will only grow exponentially and therefore the need to regulate misleading ad on social media.

“The today’s guidelines are aimed at social media influencers which have material connection with the brand they want to promote on various social media platforms. This is an obligation for them to behave responsibly as far as the disclosure is concerned to the consumers.

“One of the biggest paradigm of the consumer law is the consumers right to know and this falls in that purview. Consumers should know if something is thrown at him/her from digital media, the person or the entity which is sponsoring it have they taken money or any form of connection they have with the brand,” Singh said.

In case of non-compliance, Singh said there are provisions under the law for people to approach the authority to seek legal action against people who are defaulting. The authority has the wherewithal to investigate and it can also take up case suo moto.

Elaborating on the guidelines, CCPA Chief Commissioner Nidhi Khare said material connection could include but is not limited to benefits and incentives, such as monetary or other compensation; free products, including those received unsolicited, discounts, gifts; contest and sweepstakes entries; trips or hotel stays; media barters; coverage and awards; or any family, personal or employment relationship.

Individuals/groups who have access to an audience and the power to affect their audiences’ purchasing decisions or opinions about a product, service, brand or experience, because of the influencer’s/celebrity’s authority, knowledge, position, or relationship with their audience will have to disclose.

The disclosures should be placed in the endorsement message in such a manner that they are clear, prominent and extremely hard to miss. Disclosures should not be mixed with a group of hashtags or links.

In the case of live stream, disclosures should be displayed continuously and prominently during the entire stream.

The secretary said that these guidelines are being issued under the overall ambit of Consumer Protection Act and one of the main underlining principle of the law is prevention of unfair trade practice.

“While it has been ably handled in the conventional media — which is TV, print and radio, the social and digital media platforms are turning out to be different ball game,” Mr Singh said.