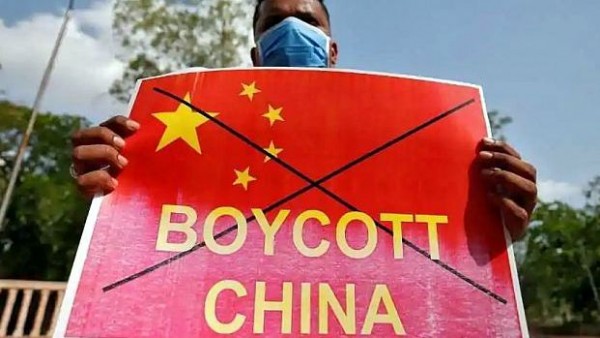 The Centre is all set to ban 54 Chinese mobile applications which are posing threat to national security.

According to sources, the Ministry of Electronics and Information Technology (MeitY), has identified these applications which belong to major Chinese tech companies like Tencent, Alibaba and NetEase and the applications include such as Sweet Selfie HD, Beauty Camera – Selfie Camera, Equalizer & Bass Booster, Tencent Xriver, etc.

The sources also said that many of these applications are refurbished versions of apps already banned by India in 2020.

The latest move could be fallout of the current standoff between India and China locked in a protracted border dispute.

This is the first lot of apps to be banned by the government this year after a total of 270 apps were banned since 2020.

The MeitY had banned 59 Chinese apps in June 2020 referring to them as being ‘prejudicial’ to India’s sovereignty, integrity and national security. The list included the popular smartphone app TikTok, Helo, WeChat, Kwai, Clash of Kings, Alibaba’s UC Browser and UC News, Likee, Bigo Live, Shein, Club Factory, and Cam Scanner besides others.

Recently, the Information and Broadcasting Ministry on February 10 informed the Rajya Sabha that it had blocked 60 Pakistan backed YouTube Channels which were circulating fake news against the Government.

Replying to question on actions taken against fake news and propaganda by the communication agencies, the Minister of State for Information and Broadcasting Dr L. Murugan informed the Upper House that the government has blocked 60 YouTube channels including their all social media accounts such as Twitter, Facebook and Instagram of those channels which were involved in circulating fake news against the Indian government and were backed by Pakistan. (IANS)