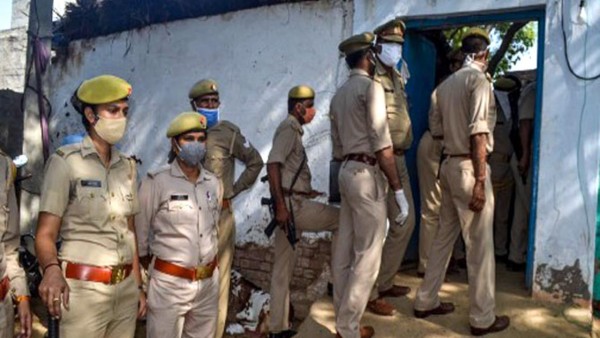 Members of the CBI team probing the Hathras rape and murder incident picked up a shirt that had “red stains” during a search operation carried out in the house of Luv Kush Sikarwar, one of the accused.

While the sleuths took away the shirt for forensic examination saying it could be “blood”, the family of the accused refuted the claims.

The family said that Ravi Sikarwar, the elder brother of the accused, works as a painter in a factory and thus his clothes had red stains of paint.

Lalit Sikarwar, the younger brother of Luv Kush Sikarwar, told reporters: “The CBI was in the house for more than two hours and they searched everything but could not find any ‘evidence’. So they picked up shirt with red paint stains and took it away.”

A 19-year-old girl had allegedly been raped and strangulated by four accused persons on September 14. The girl later died and the case is being probed by the CBI.

The CBI team has been in the Boolgarhi village for the past four days and has interacted with the victim’s father and brothers.

They had also taken one of the victim’s brothers to the crime scene. The mother and aunt of the victim had also gone to the millet field, the crime spot, in the outskirts of village Boolgarhi of Hathras.

The CBI team had visited the houses of all the four accused on Thursday and extensively interrogated their family members.

Meanwhile, the special investigation team (SIT) has claimed to have completed its investigation in the gang rape case. The three-member SIT, constituted by UP government, had begun its investigation on September 30 and taken statements of members of victim’s family, family of the accused and other villagers.