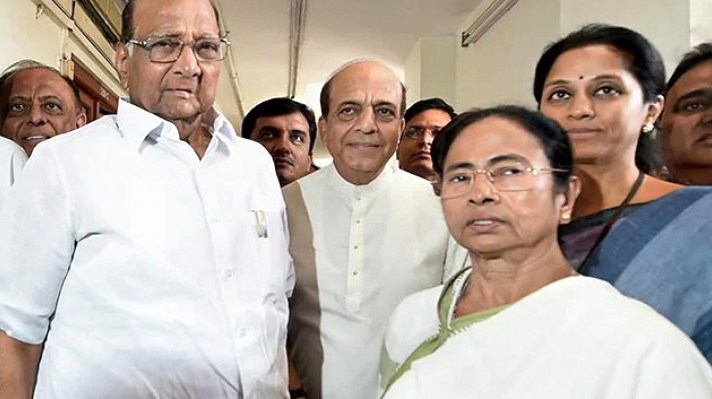 “A conspiracy is being hatched to overthrow the TMC government in West Bengal by violating the state’s authority and powers at the behest of the BJP government at the Centre. Although law and order is a state matter, the Centre is interfering by changing the officials. This is a very grave matter,” NCP spokesperson and state minister Nawab Malik said.

He said that NCP President Sharad Pawar has already discussed the issues with Banerjee and will try to unite all other national opposition parties on the same.

“Pawar will also meet Banerjee in New Delhi soon, and if necessary, he will travel to West Bengal and meet her there,” Malik added.

He slammed the Centre for “abusing its powers and trying to topple elected state governments” which was a matter of serious concern in a democratic set up.

The BJP and Trinamool Congress are currently locked in an all-out political war ahead of the Assembly election in West Bengal in mid-2021.

In the past, Pawar has spoken out on the Centre allegedly attempting to trample on states’ rights and powers which was contrary to the principles of federal democracy.

After political strategist Prashant Kishor said he would quit Twitter if the BJP manages to perform well in the West Bengal Assembly election, BJP National General Secretary Kailash Vijayvargiya quipped that the country would have to lose an election strategist (Kishor) if the BJP forms the next government in West Bengal.

Kishor, who is Chief Minister and TMC supremo Mamata Banerjee’s poll advisor for the Bengal election, tweeted on Monday that a section of the media was preparing the ground for the BJP in Bengal. He said, “A section of the BJP-backed media is at work. The truth is that in Bengal, the BJP will struggle to get into double figures.”

Kishor further said that if the BJP performs well, he would quit the social media platform.

Vijayvargiya, who is BJP’s West Bengal in-charge, targeted Kishor on his claim. “After the tsunami of the BJP in Bengal, this country will have to lose an election strategist after BJP forms the government,” he said, in a mocking reference to Kishor. (IANS)