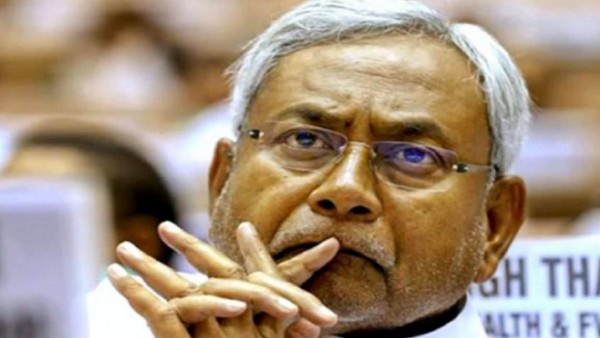 Nitish Kumar; keeping the wolf from his door.

For the first time since they formed the Bihar government four years ago, the alliance between Nitish Kumar and the BJP has breached the danger mark. Chief Minister Nitish Kumar is not in any mood to be placated; tomorrow, he will meet with all his MLAs or legislators to decide on what happens next. Union home minister Amit Shah dialled Nitish Kumar on Monday, while Tarkishore Prasad, who is the Deputy Chief Minister and from the BJP, also met Nitish Kumar earlier. BJP has asked its leaders not to comment on the controversy and to wait for Nitish Kumar's decision tomorrow. Built-in to Nitish Kumar's crisis with the BJP is his overwhelming concern that his ally is working to pink slip him. Nitish Kumar's aides claim his concerns are not paranoia. They point to the recent remarks of BJP chief JP Nadda that regional parties "will not survive" as proof that the PM's party seeks to first diminish and then eliminate its allies. Nitish Kumar is reportedly convinced that Bihar will become the sequel to Maharashtra, which has just witnessed the removal of Uddhav Thackeray as the head of its government in an exercise that was meticulously planned and implemented by the BJP. Hence, a public attack by his top aide on Sunday, accusing the BJP "of working to break our party."

While Janata Dal-United reached the stage where it planned to break away from the NDA in Bihar, the BJP leadership activated the “Eknath Shinde plan” to sabotage the Nitish Kumar government but the Chief Minister spotted it within time and changed the entire game, a JD-U leader claimed.

The claim by a party leader, who was speaking on the condition of anonymity, came a day after JD-U national President Lalan Singh said that Nitish Kumar and the JD-U was targeted with the “Chirag model” during the 2020 Assembly election and as a result, the party only secured 43 seats. The reference was to how the Lok Janshakti Party of Chirag Paswan fought elections outside the NDA, but only in the seats that the JD-U was contesting.

“Nitish Kumar smartly assessed the situation of Bihar and he was minutely observing the activities of R.C.P. Singh. When he thought that the time had come to end the climax, he asked JD-U state President to serve the notice to R.C.P. Singh and asked to clarify the 40 bigha lands obtained by him and his family in the last 9 years. Following that development, R.C.P. Singh resigned from the primary membership of the party and leveled sensational allegations against Nitish Kumar and national president Lalan Singh. He even claimed that the JD-U is a sinking ship.”

The party insider said that BJP started the plan to change the Chief Minister ever since its top leadership included only R.C.P. Singh in the Narendra Modi government. At that time, there was a buzz that there were several JD-U MLAs in touch with R.C.P. Singh and he might become a rebel.

“Nitish Kumar realised the threat and started surgical operations on two fronts. One he had given complete authority to Lalan Singh to evict every sympathiser of R.C.P. Singh either out from the party or take away the responsibility in the organisational structure. Many leaders in the organisation became loyalists of Nitish Kumar.

“The situation was such that none of the MLA or MLC openly went into the events where R.C.P. Singh was the chief guest in Bihar. Nitish Kumar then opened another front in his own hand and forced the BJP central leadership to send a leader in Patna. Due to the strong stand of Nitish Kumar, Dharmendra Pradhan came to Patna on that occasion to discuss the issue. Nitish Kumar pointed out to Pradhan that if such a thing will be repeated in future, he would not respect the ‘Gathbandhan Dharma’. After the resignation of R.C.P. Singh, BJP started the same game plan again which may force Nitish Kumar to take a decision,” he said.

Lalan Singh also targeted R.C.P. Singh for later claiming that he was associated with Nitish Kumar since 1998.