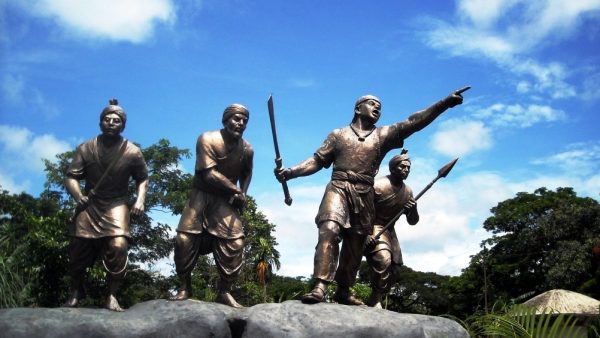 Only a few months ago, the Assam government had rolled out a grand celebration for the 400th birth anniversary of the legendary Assamese general, Lachit Borphukan, who led the Ahom army to victory against the Mughals in battles fought in the 17th century.

In several accounts of Borphukan’s valour, another hero figures: Ismail Siddique or Bagh Hazarika, who is believed to have fought against the Mughals alongside Borphukan.

Scholars and Assamese Muslim groups, many of whom consider Hazarika a symbol of their indigenous identity and of a syncretic Assam, reacted sharply. “We reject the statement of the chief minister as communal,” a statement issued by a group of 10 Assamese Muslim intellectuals and scholars said.

Assam is home to several distinct Muslim groups, in addition to the community of Bengal-origin immigrant Miya Muslims. Last year, the Sarma government declared five such sub-groups – Goriya, Moriya, Julha, Deshi and Syed – as “indigenous” Assamese Muslim communities. This was done to set them apart from the Bengal-origin Muslims, who the Bharatiya Janata Party and other Assamese nationalist groups see as a threat to native Assamese culture and resources.

“But by denying his existence, [Sarma] is also challenging the existence of the community of indigenous Muslims,” said Sheikh Hedayetullah, president of the Deshi Janagoshtiya Mancha, a group representing Deshi Muslims. “The government’s stand on Hazarika is an anti-indigenous position.”

Addressing a state convention of the Akhil Bharatiya Vidyarthi Parishad, the student’s wing of the BJP, in Guwahati, Chief Minister Sarma claimed that no one called Bagh Hazarika had participated in the Battle of Saraighat. “We have been insulting all the warriors in a way by invoking the fictional character Bagh Hazarika,” he said.

He was echoing a claim made two years ago by the Hindu Jagran Manch.

More recently, the BJP has attempted to refashion Borphukan as a “Hindu” warrior taking on Muslim “invaders” and the battle of Saraighat in 1671 as a clash between native Hindus and Muslim aggressors.

What unsettles this neat opposition, historians have pointed out, is the presence in the Ahom army of several Muslim warriors, including Bagh Hazarika, whose feats of bravery are part of Assam’s cultural lore.

“Bagh Hazarika does not fit into this reading, rather it calls it into question,” said academic Hiren Gohain.

The legend of Bagh Hazarika has served both the secular Indian nationalist and the Assamese sub-nationalist projects well, says Manimugdha Sharma, journalist and author of Allahu Akbar: Understanding the Great Mughal in Today’s India.

“For nationalists cut in the Nehruvian mould, Bagh Hazarika is the perfect example of Hindu-Muslim amity in the early modern period,” Sharma said. “For Assamese sub-nationalists, he is the quintessential Assamese Muslim, who is Assamese first and a Muslim later and, therefore, a son of the soil.”

The dismissal of Hazarika, till now an uncontested member of the pantheon of Assamese heroes, is a surprising turn – even for the BJP.

In April, as part of a larger initiative to “empower and identify” the “indigenous” residents of the state, the Himanta Biswa Sarma government had set up a panel on Assamese Muslims of the state.

The 52-page report of the sub-committee had then praised Bagh Hazarika and recommended that school textbooks should include a chapter on his life.

“The valour of Bagh Hazarika is closely associated with the military exploits of Lachit Borphukan….,” said the report. “Bagh Hazarika was known for his heroics during the Ahom-Mughal war in the 17th century. He had fought alongside Lachit Borphukan in the historic Battle of Saraighat in 1617.”

The report also recounts a later battle in 1682, when Hazarika led Ahom soldiers into the Itakhuli fort, on a hilltop on the south bank of the Brahmaputra in Guwahati, at night and poured “water on the cannons and gunpowder [of the Mughals] rendering them useless”.

It added: “This was a pivotal action in terms of the war and this helped the Ahoms retake Guwahati from the hands of the Mughals. Bagh Hazarika was also rewarded by the Ahom King Udayaditya Singha, who allotted him a vast tract of land at Goriajan near Sunpura in Sivasagar.”

The committee also recommended that a chapter on Bagh Hazarika be included in the school syllabus, and a bravery award be announced in his memory. “The bravery and valour of Bagh Hazarika should be preserved in the form of books, plays, documentary, etc.,” the report said.

The BJP government has taken steps to protect the interest of indigenous Muslims by recognising them as a separate group, said Hedayetullah. But Sarma’s statement is bound to create apprehensions about the party’s intentions, he said. “Assamese society is not based on religion but attempts have been made to create a division,” he added.

Who was Bagh Hazarika?

Among the questions Sarma has raised is the absence of Bagh Hazarika’s name in historical records. “If one reads all the buranji from the era of the Battle of Saraighat, there is no mention of Bagh Hazarika…,” he said.

Buranjis are historical chronicles and manuscripts written during the rule of the Ahoms that deal with the political events of the time. But historians say while Bagh Hazarika might not be mentioned in primary sources or in Buranjis, several accounts speak of his feats.

“As historians, we not only rely on the buranjis, but also oral traditions,” said historian Rajib Handique, who teaches at Gauhati University.

Ismail Siddique is believed to be from Sivasagar district in Upper Assam. Some say he was renamed Bagh after he fought and killed a tiger with his hands.

For several historians, oral accounts offer a way to reconstruct the past more fully. “For example, we know Lachit Borphukan beheaded his uncle for not performing his duty,” said Arup Kumar Dutta, author of The Ahoms: A Reimagined History. “But there is no mention in the Buranjis of that episode. Similarly, that Bagh Hazarika, the lieutenant of Lachit Borphukan, was involved in the attack on Itakhuli fort is not written down. That is a part of our oral history tradition. You can’t simply dismiss it by saying it was a product of imagination.”

Hazarika is mentioned in historian Surya Kumar Bhuyan’s Annals of the Delhi Badshahate: Being a Translation of the Old Assamese Chronicle Padshah-Buranji, which is a collection of historical and oral records of Assam. It was published in 1947 by the Assam government’s Directorate of Historical and Antiquarian Studies.

The book includes an account of Bagh Hazarika, recounted to Bhuyan by a poet-descendant of the warrior. In a footnote to a chapter on “Assamese Muhammadan Commanders”, Bhuyan writes of Hazarika, “his military genius was partly responsible for the success of Lachit Barphukan’s operations”.

Even if one refuses to believe in the existence of Bagh Hazarika, it would still be hard to claim that Assamese Muslims did not fight the Mughals, argues Manimugdha Sharma. He referred to Mughal records that express frustration at the Assamese Muslims for not siding with them. “As for the Mussalmans (read Assamese Muslims)…their hearts are more inclined towards mingling with the Assamese than towards association with the Muslims (read Mughals),” wrote Shihabuddin Talish in the Fathiyah-i Ibriyya, a chronicle of the 1662-’63 Mughal expedition to Assam.

The attempt to erase Hazarika from the historical imagination is significant in a state, where the primary political fault line has been that of the “indigenous” and “outsiders”.

For “indigenous” or khilonjia Muslims, who give primacy to their ethnic identity, the BJP’s rise in Assam and the ascent of Hindutva politics has, to their discomfort, ended up underlining their religious identity. “His erasure will benefit the BJP, which anyhow has less tolerance for a syncretic past,” author Sharma said.

Muslim organisations and leaders say the current controversy is being stoked by Hindutva ideologues to nullify the contribution made by Muslims in Assam. “By refusing to accept Bagh Hazarika, they want to claim that there is no participation or contribution of Assamese Muslims in building Assam,” said Mehdi Alam Bora, an activist who was among the 10 scholars who signed the statement criticising Sarma. “They are excluding Muslims because of the Rashtriya Swayamsevak Sangh’s ideology.”

Dhruba Pratim Sharma, who teaches political science at Gauhati University, said Sarma’s repeated references to Bagh Hazarika must not be seen merely as a diversionary tactic. “It seems to be a way of adopting Hindutva to local situations,” he said.

Bagh Hazarika has been accepted as an icon of bravery and patriotism by the Assamese society, said Chandan Kumar Sharma, professor of sociology at Tezpur University. “It is not possible to undermine the patriotism of the Assamese Muslims by denying the historicity of Bagh Hazarika,” he said. “But such rhetoric can divide the society on religious lines,” Sharma said.