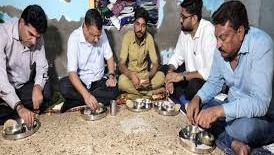 Home Minister Amit Shah today took a swipe at Aam Aadmi Party chief Arvind Kejriwal as the Delhi Chief Minister continues his campaign to strengthen the AAP in Gujarat, where the BJP is in power. The Gujarat elections is scheduled later this year.

“Those doing the business of dreams will not succeed in Gujarat,” Mr Shah said at an event in Delhi, alluding to the Aam Aadmi Party, or AAP, chief.

Shah was speaking in a video call to inaugurate some projects in his Lok Sabha constituency, Gandhinagar. He said the BJP will not only retain power in his home state in the polls due in December, but will get “a thumping majority”.

He said Gujarat is on the BJP’s side. “I know the people of Gujarat well enough; they recognise people for their work. And those who actually work are with the BJP,” he added.

The party has ruled Gujarat continually since before the turn of the century, and was a launch pad for the then Chief Minister Narendra Modi, who headed the state for 12 years.

“Our victory is a foregone conclusion,” Mr Shah said.

In what was seen as Kejriwal’s response to the jibe by Shah, the Delhi Chief Minister told reporters. “I agree that people should not trust those who sell false dreams… Instead, trust those who have already made electricity free in Delhi and Punjab, and will make it free in Gujarat too.”

“Yes, he is absolutely right. Do not, at all, trust those who said they’ll give your Rs 15 lakh each by bringing back black money,” Kejriwal added. “So, whoever comes and says they will deposit Rs 15 lakh in your bank account, do not trust them at all,” he said, referring to a pre-2014 speech by PM Modi.

That promise was a “jumla” (figure of speech), Amit Shah had said some years ago, “to actually mean that enough money can be brought back to spend Rs 15 per person on development”, Kejriwal said. But nuance, if any, was lost and the word “jumla” stuck – ammunition that rival parties continue to use.

For the AAP, Gujarat is its next big project after starting 2022 on a winning note in Punjab, where it formed its second state government after Delhi just six months ago. It had tried to make a dent in Gujarat in 2017, too, but failed miserably. It had performed well below expectations in Punjab then. This time, it’ll hope to carry the Punjab momentum into Gujarat.

Kejriwal has been leading the AAP campaign with a series of jibes and some camera-friendly events, such as dinner at an auto-rickshaw driver’s home in Ahmedabad. That dinner – reminder of a similar stop in his Punjab campaign – made headlines as the police, citing security reasons, told him not to travel by auto. He went ahead nonetheless, and later attributed the police move to “BJP’s fears about AAP’s success”.