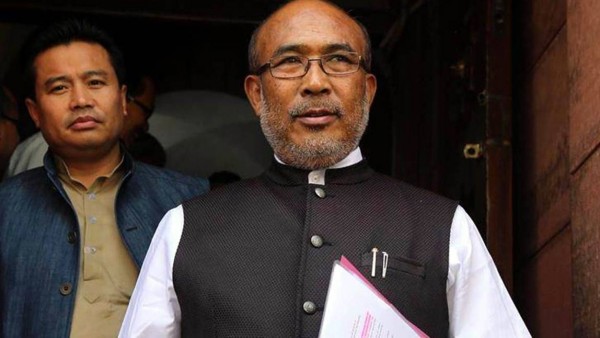 Looking for another term.

Manipur, where vital Assembly elections are scheduled to be held in February-March, aims to rejuvenate economic activity and further boost sports and welfare sectors besides curbing the drug menace in 2022 amid the Covid pandemic.

Despite a series of violent activities by outlawed militants during the past two months and growing influx of illegal drugs from Myanmar, hectic political activities have begun in Manipur ahead of the crucial Assembly elections in the BJP-ruled state.

Notwithstanding the rampant smuggling of drugs, arms and ammunition from Myanmar, the Manipur government’s crusade against the drug menace and cultivation of various narcotic ingredients is expected to yield some positive results in 2022, as the people of the state, especially the women, have joined the war against drugs.

Manipur Police had arrested 467 drug peddlers, including 95 women, and registered 313 cases in 2021. On December 6, in the biggest ever drug haul in northeast India, the Assam Rifles and the police in Manipur seized over 154 kg methamphetamine tablets and more than 54 kg heroin worth over Rs 508 crore and arrested one Myanmar national.

Various types of drugs — such as methamphetamine tablets, heroin, opium, ganja (marijuana) and foreign origin cigarettes — are often smuggled into Manipur and Mizoram from Myanmar and then ferried to other parts of India and abroad.

The methamphetamine tablets, also commonly known as ‘Yaba’ or ‘party tablets’, is a synthetic drug, and is misused as a high-dosage drug by the people, especially the youth in Bangladesh and neighbouring countries, besides India.

Political commentator and author Pradip Phanjoubam said that despite numerous problems and issues, Manipur’s economy is expected to get a boost in 2022.

Since time immemorial, Manipur enjoys a distinct place in the handloom sector with several lakhs looms in the northeastern state. One of the special features of the industry is that women are the only weavers.

Phanjoubam said that people have taken lessons from the Covid-19 pandemic and they, especially the women, are now gearing up to take forward their small enterprises and cottage industries.

“If the government comes forward with some viable schemes and helps the people to strengthen their efforts, it would be excellent for the overall growth of the state,” said Phanjoubam, a fellow at the Indian Institute of Advanced Study, Shimla.

On the Assembly elections in Manipur, Phanjoubam and other political pundits observed that generally the people of Manipur favour that party in the state which governs at the Centre.

The Bharatiya Janata Party is running the government in Manipur in alliance with the National People’s Party (NPP) led by Meghalaya Chief Minister Conrad K Sangma and Naga People’s Front (NPF), which has political bases both in Manipur and Nagaland.

Elections to the 60-seat Manipur Assembly are likely to be held in February-March along with Uttar Pradesh, Punjab, Uttarakhand and Goa.

Manipur Chief Minister N. Biren Singh said that after continuous persuasion of the state government, the Union Home Ministry has started erecting fencing along the India-Myanmar border with Manipur (398 km).

“Except one disputed stretch, the work for the fencing along the international border is going on. Once the fencing is completed, trans-border movement of militants, smuggling of drugs, arms and other illegal items would be stopped to a large extend,” the Chief Minister said.

As Manipur is one of the leading states in India in the field of sports, India’s first National Sports University was set up in Manipur in 2018 and the varsity would take good shape in 2022 as its own campus is coming up.

The university is presently functional from its temporary campus at the Khuman Lampak Sports Complex in Imphal.

Another political commentator, Rajkumar Kalyanjit Singh, said that the state government must undertake serious efforts to negotiate with the outlawed militant outfits.

“As the Central government is now in talks with several Naga groups and the ULFA-I (United Liberation Front of Asom-Independent) led by Paresh Barua has shown a positive attitude, this is the opportune time to negotiate with the extremists outfits in Manipur,” Singh, the editor of leading Manipuri newspaper ‘Marup’, said.

Manipur has over 40 outlawed insurgent groups, a large majority of them lying low following their signing of separate suspension of operations agreements with the government. (IANS)