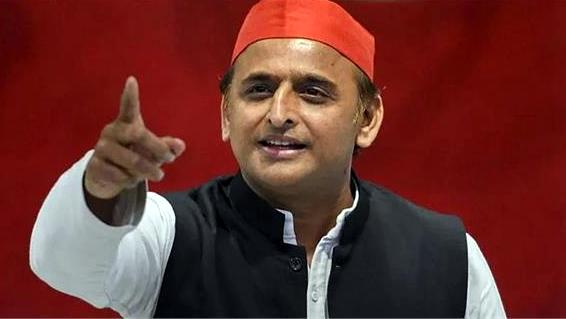 In an exclusive interview, Maurya spoke on several issues pertaining to the state and its politics.

Here are excerpts of the interview:

Q. You met Prime Minister Narendra Modi in Parliament House. What did you discuss with him?

A. I had requested a meeting with the Prime Minister, that he accepted. I had a pleasant meeting with him at his office in the Parliament House, got blessings and also some tips for the 2022 Assembly polls. Just like PM Modi again formed a government at the Centre in 2019, we will also do it in 2022.

Q. Whether it is the poll preparations or other political programs in Varanasi, what is the message BJP is trying to give through the holy city?

A. Kashi is the city of Baba Vishwanath. As the PM had said, he was called by mother Ganga, the people of Kashi blessed him, and chose him as their MP twice. Under his leadership, the country is progressing fast, Uttar Pradesh is also developing and Kashi, too is also on the path of development. The development of Kashi should also be on religious and spiritual lines. We are proud that the grand corridor of Baba Vishwanath is ready in Kashi and the Prime Minister will dedicate this to the nation on December 13. This could be possible due to the double engine government, otherwise the city would have fallen prey to appeasement politics.

Q. You are claiming to form the government again in 2022, but so is the claim of Akhilesh Yadav?

A. Akhilesh Yadav is daydreaming. In 2017, he claimed to win more than 300 seats, but he was reduced to 47. In 2019, the ‘bua-babua’ (aunt-nephew) formed an alliance, but despite that, we won 64 Lok Sabha seats. The reality is — the return of SP, BSP or Congress is not possible in the state.

Q. But this time Akhilesh Yadav is following the strategy of grand alliance on caste basis, as you did in 2017?

A. He has no answer to what he did to these castes when he came to power in 2012. If he had given importance to these people at that time, then surely they would have stood with him. Now only those leaders are going to him who have no mass base. People in the state are happy with the double engine government of Modi-Yogi and in 2022, like 2017, the BJP is going to form the government with more than 300 seats.

Q. BSP supremo Mayawati is also claiming that she will form the government.

A. Look, everyone is making claims, but they know the reality. Those who do not have workers left at the booth level also claim to win. Tell me, why should the public listen to her, why give her an opportunity? To gain the trust and confidence of the public, one has to work hard.

Q. You are repeatedly talking about the double engine government, but in recent times, your statement about the leadership in UP has raised many questions.

A. In UP, the BJP is contesting the elections under the leadership of Chief Minister Yogi Adityanath and will win the elections only under his leadership. The lotus will bloom again in the state and BJP will form the next government with a huge majority.

Q. In 2022, on which issues are you going to the public to get the mandate again?

A. Good governance, development, law and order, curbing corruption, 24 hours electricity, network of roads, expressway… we have so many issues. In fact the opposition is without issue, it has no issue at all.

Q. But the opposition parties are targeting you even on the issue of law and order.

A. Today the law and order of the state is fine. Goons, criminals have either been eliminated or put behind bars. Now, no one has to migrate from UP out of fear of mafia or criminals. No one can dare to cause a riot. We are number one in terms of law and order. I appeal to the people of the state to once again give blessings to the BJP to form the government in 2022 because we want to take UP to even greater heights.

Q. Recently your tweet about Mathura was the talk of the town.

A. I only meant to say that the way rapid development work is being done in Ayodhya and Kashi, similar work should also be done in Mathura too.

Q. Finally, how many seats are you expecting this time?

A. As of now, elections have not been announced, but let me tell you right now that you can expect the same election results in 2022 as in 2017. We will form the government again with more than 300 seats in the state.