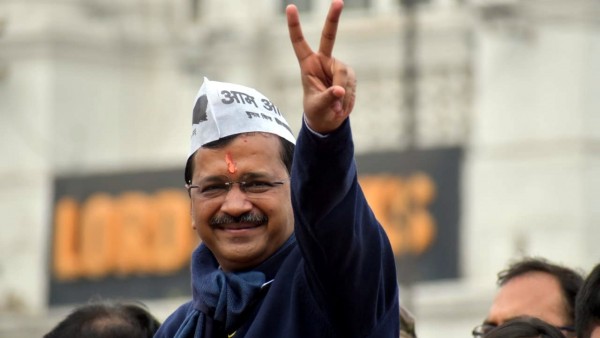 Arvind Kejriwal's Aam Aadmi Party (AAP) is likely to emerge as the single-largest party in Punjab in the Assembly polls scheduled next year, as per the ABP-CVOTER-IANS BATTLE FOR THE STATES - WAVE 1.

The survey revealed that the vote share and number of seats of AAP will increase in Punjab in comparison to the previous state polls held in 2017.

As per the survey, AAP will emerge as the single-largest party with 55 seats in the 117-member Punjab Assembly, followed by ruling Congress (42 seats) and Shiromani Akali Dal (20 seats).

The survey further revealed that the BJP, which is contesting the state polls alone after SAD broke its alliance with the NDA over the three Central farm laws, will fail to open its account.

Both vote share and the number of seats of the ruling Congress will decrease in Punjab, the survey said.

The number of seats for SAD will marginally increase despite decrease in vote share, the survey said.

The BJP, which is facing farmers’ ire in the state, will not be able to open its account in the Punjab Assembly after winning three seats last time, the survey said.

Over 13,000 people from all the 117 Assembly segments in Punjab participated in the survey conducted in the last four weeks.

The survey is projecting a 4-1 scoreline in favour of the BJP in the five states going to the polls in early 2022 — Punjab, Uttar Pradesh, Goa, Manipur and Uttarakhand.

The BJP is ahead of the pack in Uttar Pradesh, Uttarakhand, Goa and Manipur. The Aam Aadmi Party is currently leading as the single largest party in Punjab, slightly short of the majority mark.

AAP has emerged as a principal challenger or a close third party in Punjab, Goa and Uttarakhand.

The Congress is facing severe infighting across all the state units with Punjab and Manipur being the worst-hit states.

Uttar Pradesh has Samajwadi Party and Bahujan Samaj Party vying for second and third spot, respectively, while the BJP being comfortably ahead of both.

The poll shows that anti-incumbency sentiments and the Covid pandemic have not dented the relative vote catching ability of the BJP.

The Congress, the only other national party, continues to be crisis-ridden and is unable to form a cohesive organisation that can offer a meaningful challenge, the survey found.

In Uttar Pradesh, the BJP (NDA) is notching 42 per cent vote share as per the survey figures. This is despite the anger from certain section of influential Brahmin voters. SP is a distant second with a vote share projection of 30 per cent votes and BSP is projected to poll 16 per cent votes. The Congress remains a marginal player with 5 per cent projected vote share.

The BJP is slated to comfortably cross the majority mark with a projected 263 seats. This number is 62 less than its 2017 tally. Therefore, there is some anti-incumbency, but that loss is not enough to unseat the party.

SP will emerge as the principal opposition party with a projected 113 seats. BSP’s vote share to seat share conversion remains poor, it is projected to win only 14 seats.

The UP BJP is led by a leader who leads his closest rival by close to 13 per cent popularity rating points. Also, UP BJP is projected to lead nearest rival SP by approximately 12 per cent vote share. The BJP, therefore, enjoys advantage of popular leadership and strong vote bank in UP.

Aam Aadmi Party is projected to become the single largest party in Punjab with a seat share of 55 and vote share of 35 per cent. Faction ridden incumbent, the Congress is currently in the second position with 29 per cent vote share and 42 seat share projection.

In a striking observation, Delhi CM Arvind Kejriwal is projected as the most popular leader in Punjab at 21.6 per cent affirmation. It is pertinent to note that this is partly due to non-projection of a CM face by AAP. Akali Dal chieftain Sukhbir Singh Badal is the second most popular leader (19 per cent), closely followed by incumbent CM Amrinder Singh (18 per cent).

The new PPCC President Navjot Singh Sidhu has not cut much ice with the electorate as his popularity number (15 per cent) for CM choice trails that of Bhagwant Mann of AAP (16 per cent). Sidhu currently is the least popular among the Big 5 of Punjab’s leadership.

The Punjab unit of BJP is staring at its worst performance in recent decades owing to the anger generated by farmer protests and loss of alliance with the Akali Dal. The party will gain marginal vote share to notch 7 per cent of total votes but it may fail to win a single legislative assembly seat.

Sidhu, the big bold gambit of Congress in Punjab has not shown tangible gains. Rather this move has divided the party. Aam Aadmi Party is clearly benefiting from farmer protests and anti-incumbency, but an absence of CM face is leaving the party just short of majority mark. Akali Dal and the BJP are unable to find a winning formula after their rancorous fallout.

Key reason for this surprise performance by the BJP is AAP’s rise in the hill state. AAP is projected to poll 15 per cent vote share thus taking away a large share of anti-incumbency votes that were to head the Congress way. Although this rise in the vote of share of AAP may not result in significant number of seats as the party is projected to win two seats in the survey.

The projected numbers highlight the issue of falling brand equity of Congress as a credible challenger to the BJP. If Congress were to be seen as the one and only challenger to the BJP, then AAP would not be able to cut away anti-incumbency votes. Hence despite a popular leader in its fold and a blundering incumbent party, Congress is unable to take pole position.

Unless Congress can re-establish itself as the primary contender to BJP in the state, it is advantage BJP in Uttarakhand.

Goa is just like the case of Uttarakhand when it comes to BJP-INC-AAP dynamics. BJP is in the pole position with a projected vote share of 39 per cent and a seat share of 24 seats. Except that BJP’s lead in the state is also reinforced by a popular leader.

BJP CM Pramod Sawant leads his nearest rival from the AAP by a full 19 per cent points. Currently he is preferred by 33 per cent Goans as the most preferred candidate for CM’s post.

CM Sawant has done a competent job of managing anti-incumbency and is benefiting from complete disintegration of Goa Congress. The anti-incumbent votes are therefore getting split between AAP and Congress. This bodes well for the BJP.

BJP is gaining Goa on the back of non-controversial local leadership and a split in the anti-incumbency vote due to disintegration of Congress. This disintegration seems to be a national trend within smaller states.

BJP alliance is slated to win the state with 41 per cent vote share and 34 seats. It is significant as it signals the geographic diversity of BJP’s ability to beat anti-incumbency across many regions of India.

Currently, the BJP is able to beat back anti-incumbency in North, East and West of India, this could be indicative of a larger subterranean trend that is not being picked up by political observers currently.

In Manipur Congress is holding onto its status of the principal opposition party, its former state unit chief Govindas Konthoujam defected to the BJP a few days ago.

This sums up the state of the Congress. From a potentially easy win the party would have to make do with runners up status.

BJP continues its golden run in Northeast India. Congress is facing a leadership deficit and crisis of credibility in line with rest of India.

The sample size for the survey was 81,006 in five states covering 690 Assembly seats. This state poll is part of the largest and definitive independent sample survey tracker series carried out in India over the last 22 years, conducted by independent international polling agency CVoter.

The coastal state of Goa is expected to re-elect the ruling BJP with a clear majority this time, while the AAP is likely to emerge as a key political player in the state, giving tough fight to the Congress for the slot of the main opposition party in the 2022 Assembly polls, as things stand today.

The sample size for the survey was 81,006 in five states covering 690 Assembly seats. This state poll is part of the largest and definitive independent sample survey tracker series carried out in India over the last 22 years, conducted by independent international polling agency CVoter.

May 2009 onwards, the survey has been carried out each week, 52 waves in a calendar year, in 11 national languages, across all states and UTs in India, with a target sample size of 3000 samples each wave. The average response rate is 55 petr cent. Starting January 1, 2019, CVoter is carrying the tracker on daily basis, using the rollover sample of seven days (last six days + today) for tracker analysis.

Translated into seats, the BJP is expected to win 22 to 26 seats in Goa, AAP is likely to grab 4 to 8 seats and the Congress can secure 3 to 7 seats in the upcoming Assembly elections in the state scheduled next year. The total strength of Goa Assembly is 40.

According to the survey data, sitting chief minister Pramod Sawant has emerged as the strongest contender for the top job in 2022. Almost one-third of the respondents — 33.2 per cent — said that Sawant is their preferred choice to be the chief minister of the state.

Interestingly, while AAP has not projected any CM face in the state, 13.8 per cent of the respondents said that an AAP candidate would be their preferred choice for the post of chief minister.

The survey data clearly shows that there is no anti-incumbency against sitting chief minister Pramod Sawant.

Out of those interviewed during the survey, while 24.7 per cent of the respondents said that they are very much satisfied with the performance of the sitting chief minister, 53.6 per cent of the respondents expressed satisfaction to some extent. Only 20.7 per cent expressed dissatisfaction with the performance of the incumbent chief minister.

According to the survey data, price rise, Corona and unemployment are the biggest issues of concern for the voters.