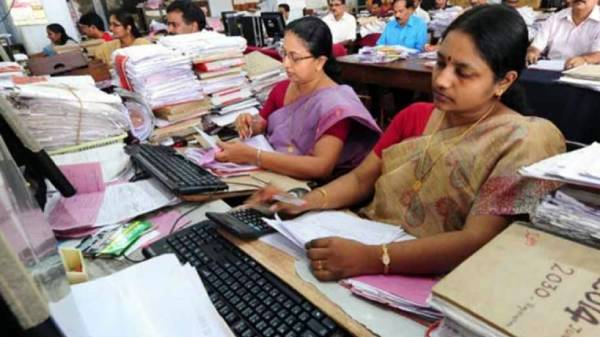 The 4 per cent hike in Dearness Allowance will benefit about 47.68 lakh central government employees and 68.62 lakh pensioners.

The cabinet on Wednesday approved the proposal to increase the dearness allowance (DA) for central government employees and pensioners to 38 per cent of the basic pay from 31 per cent previously, up 4 per cent, effective July 1, 2022.

At the Cabinet Committee on Economic Affairs (CCEA) meeting headed by Prime Minister Narendra Modi the proposal to release an additional installment of DA was approved to compensate for the price rise.

Since the effective date for the latest dearness announcement hike is July 1, the staff would be paid the arrears with their latest salaries, in a festive cheer for about 47.68 lakh central government employees and 68.62 lakh pensioners and is also applicable for civilian employees and those employed in defence services.

The central government revises dearness allowance and dearness relief on January 1 and July 1 every year, but this decision is usually announced in March and September.

Previously, in March, the Cabinet had approved the proposal to increase the dearness allowance (DA) for central government employees and dearness relief (DR) for pensioners by 3 per cent to 34 per cent of the basic pay from 31 per cent previously, effective January 1, 2022.

The government, at the time, paid employees three months in arrears.

The central government revises dearness allowance and dearness relief on January 1 and July 1 every year, but this decision is usually announced in March and September.

Any changes to the dearness allowance are made as per the accepted formula, which is based on the recommendations of the 7th central pay commission to compensate for the rise in prices.

With retail inflation, or consumer price inflation, elevated above the upper-end of the Reserve Bank of India’s target range of 2-6 per cent each month, the DA was hiked by 4 per cent to 38 per cent of basic pay.

The grant of dearness relief (DR) to central government pensioners and family pensioners will also be applicable at the same revised rate, as it has been fixed for the employees, from July 1. The pension disbursing authorities, including the nationalized banks, will calculate the quantum of DR payable to each pensioner as per the individual case.

Until December 31, 2019, all the employees paid based on the 7th Pay Commission were getting a dearness allowance at the rate of 17 per cent, and after that, there was no increase or revision due to Covid for one and a half years after that.

Then, in January 2022 also, the dearness allowance was increased by 3 per cent and the addition of 4 per cent effective July, will take the DA to 38 per cent of basic pay.

“Cabinet approves release of additional instalment of Dearness Allowance and Dearness Relief @ 4 per cent to Central Government employees and pensioners, due from 01.07.2022,” the PIB tweeted.

The Pradhan Mantri Garib Kalyan Anna Yojana (PMGKAY) scheme was introduced after the outbreak of the COVID-19 pandemic.

The central government extended a free ration scheme that provided wheat and rice free of cost to 80 crore poor. The scheme, which was set to end in December, was extended for three months. The government also approved a proposal to revamp three Indian railway stations. The Centre’s announcement comes just ahead of the festive season.

The free ration scheme will be extended at a cost of over Rs 44,700 crore. The scheme to provide 5 kg of wheat and rice free of cost to 80 crore poor every month, which was set to end on Friday, will now run through December 31, 2022.

Meanwhile, in a big boost to the Indian railways, the Union Cabinet approved a proposal for the re-development of three major railway stations – New Delhi, Ahmedabad and CSMT, Mumbai. The project involves an investment of approximately Rs 10,000 crores.