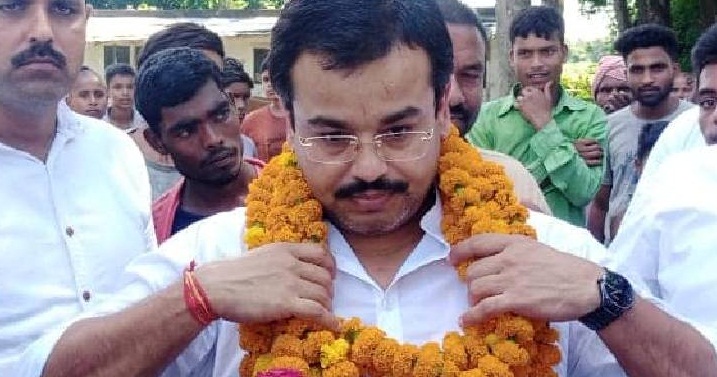 Union minister's son Ashish Mishra - accused of murder in the farmer being mowed down by a convoy of cars at Lakhimpur Kheri - has been summoned for questioning. Two people who were at the location of the incident have been arrested. This is the first time the police has asked to question Ashish Mishra. An FIR against him was filed on Monday. The police pasted a notice outside the Union Minister's home, summoning his son for questioning at 10 am on Friday. The inaction so far had set off opposition allegations that the police are shielding the high-profile accused. Two arrested have been identified as Luv Kush and Ashish Pandey. The two were in the same vehicle that ran over a journalist and farmers. Two gun cartridges have been recovered from them. An eight-member UP Police team will investigate the Lakhimpur Kheri violence. The Supreme Court, which is hearing a petition regarding the events at Lakhimpur Kheri, has questioned "how many people have been arrested" and asked the state government to submit a status report by Friday.

The Lakhimpur Kheri police has summoned Ashish Mishra, son of Union Minister of State for Home Ajay Mishra Teni, for questioning in connection with the Lakhimpur Kheri violence in which nine persons, including four farmers, were killed.

Inspector General of Police Laxmi Singh said two persons are already being questioned in the case.

A notice under CrPC 160 has been pasted at the Lakhimpur Kheri residence of Ashish Mishra and he has been asked to present himself at the crime branch office of the reserve police lines at 10.a.m. on Friday.

Ashish Mishra is the main accused in the violence that erupted in Lakhimpur Kheri on Sunday and left eight dead.

Violence erupted when four farmers were allegedly knocked down by vehicles driven by the Bharatiya Janata Party (BJP) workers, including Ashish Mishra.

Farmers allege that the minister’s son was in one of the cars that mowed the farmers. Ashish has been named in the FIR lodged in connection with the incident under IPC Section 302 (murder).

“If Ashish Mishra does not abide by the summons, legal procedure will be adopted,” Singh said, but added that there was no time limit in the summons sent to Ashish.

Opposition parties have been demanding immediate arrest of the accused in the case and the matter has now been taken up by the Supreme Court which has asked the state government to submit a status report on Friday.

Police have arrested two persons in connection with the Sunday violence in Tikunia village in the district.

The arrested persons have been identified as Luvkush Rana and Ashish Pandey, according to the police spokesperson.

Both are said to be close associates of Ashish Mishra, the son of Union Minister Ajay Mishra Teni.

A Lakhimpur police official said that the two were seated in one of the vehicles that mowed down farmers in Tikunia village on Sunday.

The two are being interrogated by the police.

The FIR has named Ashish Mishra and said that he was driving the car which ran over the protesters. According to the FIR, Ashish also opened fire after getting down from the car and then he went into hiding.

However, a fresh video of the incident suggests that three SUVs were involved in the Lakhimpur Kheri violence and those cars were not under any attack. The first SUV rammed a group of protesters who were walking with flags at an unexpectedly high speed, followed by the two other SUVs.

The Supreme Court, on Thursday, has asked Uttar Pradesh government to file a status report on who are the accused, against whom FIR is registered and those arrested by Friday.

Further raids are on in search of other accused, the official added. However, the minister’s son is still untraceable, the official said.

In a ‘repeat’ of Lakhimpur Kheri incident of Uttar Pradesh, a farmer during protest got injured in Naraingarh in Haryana on Thursday after he was allegedly hit by a car of BJP MP’s convoy.

The farmer union in a complaint alleged that farmers had gathered to protest against MP Nayab Saini with black flags whose cavalcade hit a farmer.

BKU (Charuni) district chief Malkit Singh handed over a copy of complaint to the police.

The farmers were gathered on the Naraingarh-Sadhaura road where the Kurukshetra MP and state Transport Minister Mool Chand Sharma came to attend an event to honour Covid warriors.

Heavy police force was deployed to stop the farmers. After seeing the MP’s convoy, farmers tried to stop the vehicles and show black flags.

After the incident, the farmers blocked the road and demanded FIR in connection with the incident.

Injured farmer Bhawanpreet Singh of Yamunanagar said, “I was standing with black flag to protest against BJP MP Nayab Saini when a driver hit the vehicle on me and I suffered leg injury.”

Later the farmers lifted their blockade on the assurance of appropriate action given by the police.

Punjab Congress chief Navjot Singh Sidhu along with Cabinet ministers and leaders were detained on Thursday on the Haryana-Uttar Pradesh border in Saharanpur as they were heading towards Lakhimpur Kheri where nine people were killed in violence that erupted during farmers’ protests on Sunday (October 3).

They have been staging a sit-in protest at the border.

The leaders have been demanding the arrest of Union Minister Ajay Kumar Mishra’s son Ashish Mishra in connection with the death of farmers during the violence.

Sidhu threatened to go on hunger strike if action is not taken against the minister’s son by Friday.

Chief Minister Charanjit Singh Channi also joined Sidhu for a brief period when the vehicular march started in the morning from Mohali, near here. (IANS)